Slow mo walking away from explosions is something done in the movies, but never in real life. Because, well, if something explodes, even if it's just a fuse blowing in your toaster, your natural instinct is to yelp and flee.

But the guys from YouTube channel Bucket List Boys which, as the name suggests, film themselves ticking off activities on their bucket list, decided to try it out and damn the consequences.

Because, as they say in the video: 'Murica, the only place you can fire guns and blow stuff up!' To do all that they start by getting themselves some tannerite, an explosive which detonates when hit with a bullet.

They then use this to ignite a can of gasoline which will cause the required amount of cinematic explosion for them to look cool walking away from in slow-mo. And if you get it right it looks damn cool.

It's no doubt risky, but without risk you don't get bucket lists done. They only get one take to do it too, so they need to get it right. So the question is, just how much do you want to cross this off your bucket list?

And, well, they do it. They get the badass shot of them walking cooly away—momentarily anyway, because then they run. But i'd definitely recommend never to try this at home folks.

Still, it's safe to say, for these guys, achievement unlocked. 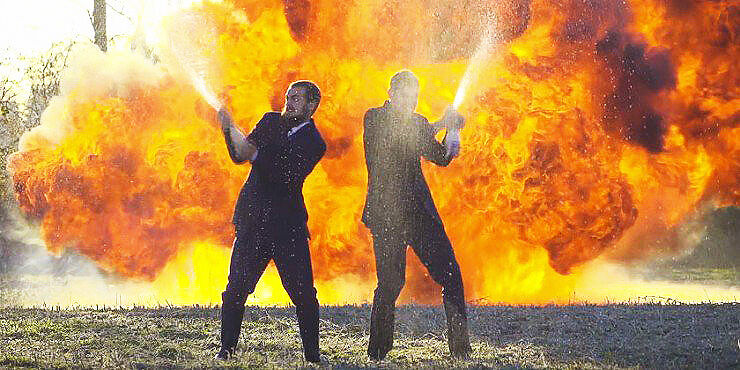