Goodbye Lenin, hello Darth Vader. A statue of Vladimir Lenin in Odessa in the Ukraine was decapitated and turned into the lord of the dark side, after a law was recently passed in the country banning Communist symbols.

Instead of pulling the statue of the Russian revolutionary down, local artist Alexander Milov transformed it into Vader. He also put a wifi router under the helmet, as a little something extra for people standing around admiring it. The internet force will indeed be strong around that hotspot.

The statue preserves Lenin's pose, but turned Lenin's coat into a cape, and replaced Lenin's head with Vader's iconic helmet. The opening ceremony included actors dressed as storm troopers and Vader himself too.

The statue can now stay where it stands, inside the grounds of a factory in the Black Sea port city.

The BBC, via local news site Dumskaya, quotes warehouse manager Semyon Horbunov as saying, "Everything flows and nothing abides. New heroes replace old ones, and this is how the world goes round."

While sculptor Milov notes that Lenin remains, albeit concealed by his new Star Wars augmentation. "The bronze Lenin was left inside, so that the grateful or not-so-grateful descendants could exhume him, if needed." 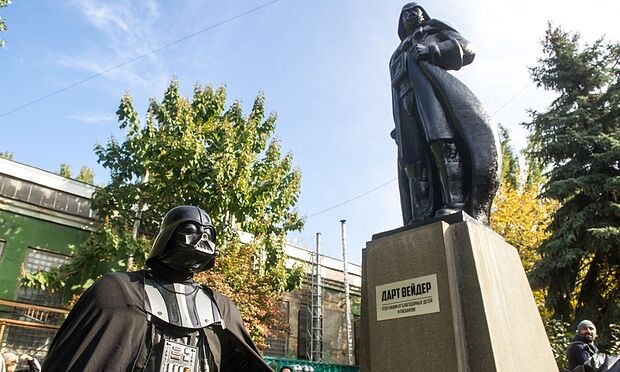 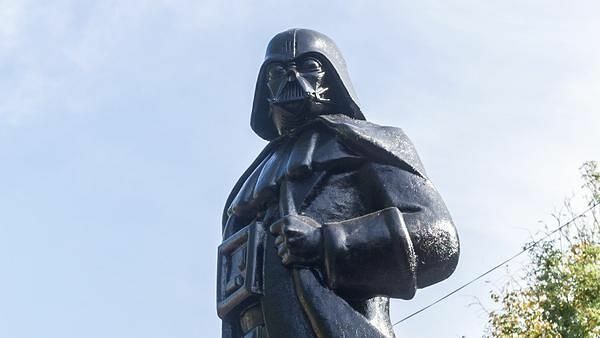 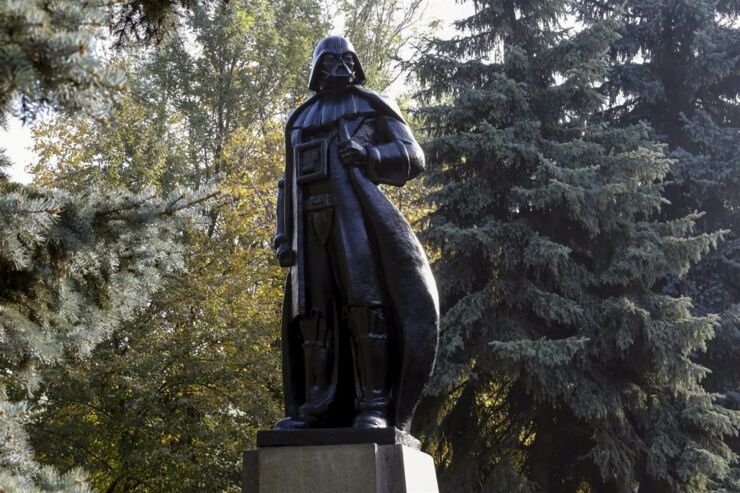 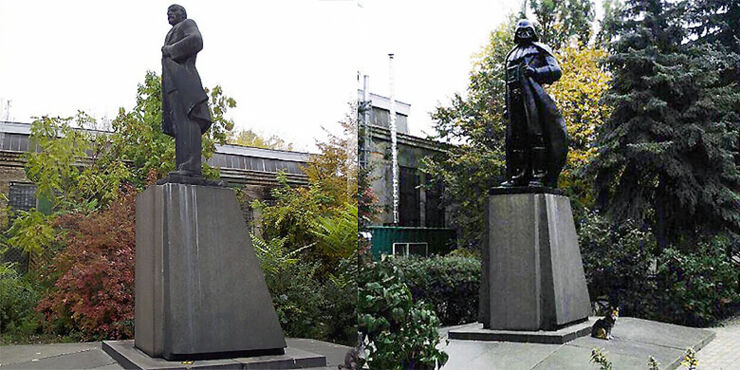 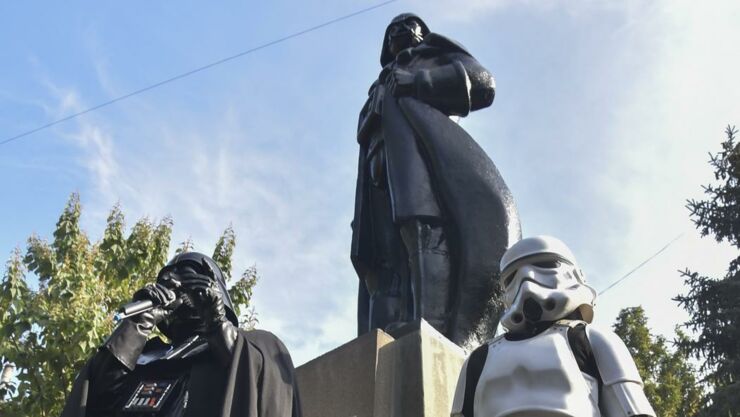 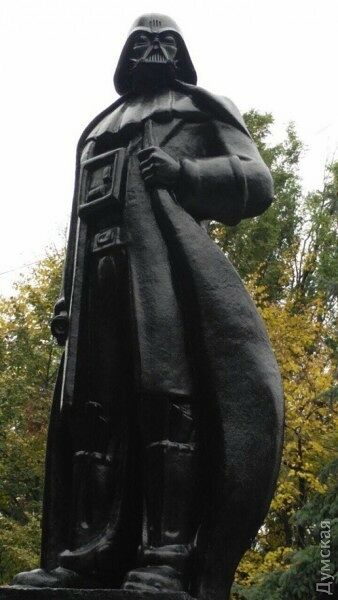