Rumors have been circulating that the Volkswagen XL1 is so damn efficient, hitting nearly 300mpg with its hybrid of fuel and electric, that it's been banned in the USA due to a conspiracy between Big Oil and the American government. According to some, they don't even want the public to believe that 50mpg can be achieved.

You won’t find the 300 MPG Volkswagen XL1 in an American showroom, in fact it has even been denied a tour of America because it is too efficient for the American public to be made widely aware of, and oil profits are too high in America with the status quo in place. No tour has been allowed for this car because the myth that 50 mpg is virtually impossible to obtain from even a stripped down econobox is too profitable to let go of, and when it comes to corporate oil profits, ignorance is bliss (via). 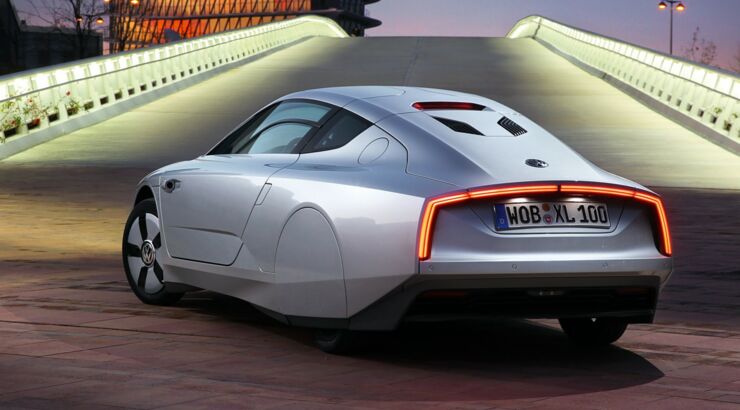 But myth-busting site Snopes doesn't believe this conspiracy. Instead it calls claims that the car isn't being sold because it's too efficient entirely false, stating:

It's true that very few, if any, Volkswagen XL1s will likely be seen on U.S. roads in the immediate future, but that situation will be due to a confluence of factors that does not include a government/Big Oil conspiracy to keep them out of the U.S. 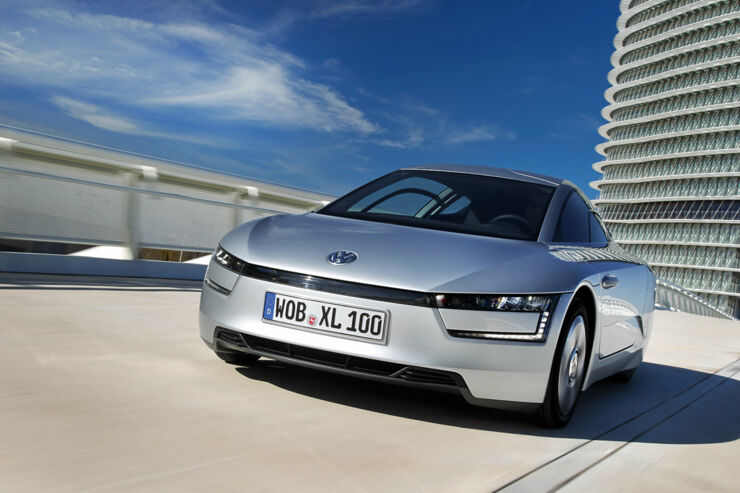 It's not about a tinfoil hat collusion between government and oil corporations, instead it's a question of safety and limitations on the amount of models that have been produced.

First of all, it's not true that the XL1 has "been denied a tour of America because
it is too efficient for the American public to be made widely aware of." Existing safety and traffic regulations do limit where the current XL1 models can be legally driven in public roads in the U.S., but Volkswagen has taken at least three of the vehicles on tour around the U.S., and the staff of Jalopnik drove one around Manhattan at the end of 2013.

Second, the primary reason the XL1 won't be seen in the U.S. anytime soon is that Volkswagen is only producing 200 units for retail sale (not 2,000 as claimed above), all of them to be sold in Europe via some sort of selection (i.e., lottery) process. (via) 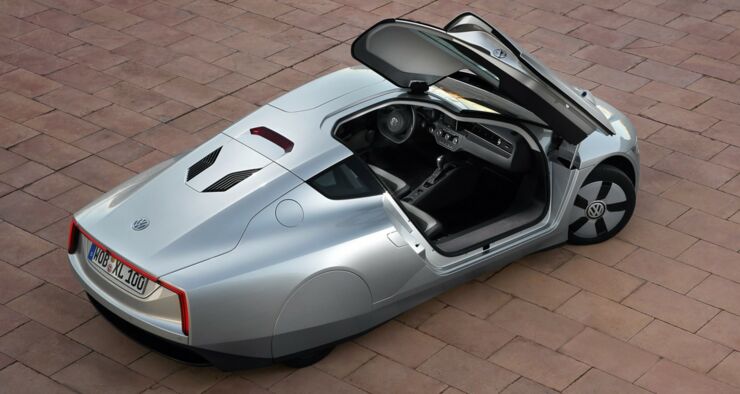 As for why they're only producing 200, Snopes goes on to say that cars like the XL1 are expensive to make so Volkswagen see it more as a concept car, testing the waters and perfecting new technology before they go into the expense of mass production.

And if one buys into the conspiracy theory that the government and Big Oil are colluding to keep high-mileage vehicles off the U.S. market in order to protect profits from gasoline sales, one has to wonder why those powerful and malevolent entities aren't doing anything to stop Americans from purchasing cars produced by Tesla, superbly-performing vehicles that use no gasoline at all yet still deliver premium performance, have great range for electric cars, have received the highest rating of any automobile ever evaluated by Consumer Reports, are top-rated for safety even under tougher U.S. standards, but are widely available for purchase in the U.S (via).

You can read the full debunking of this conspiracy over on Snopes.com. 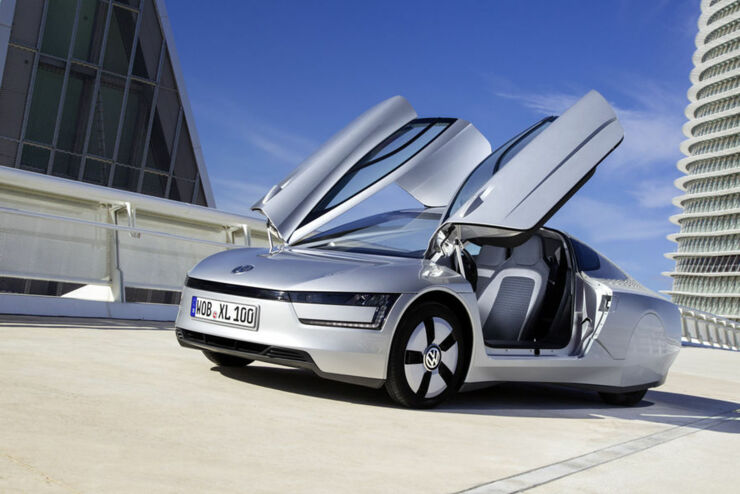