Davie Bowie is a pop star who you might be familiar with. He's only one of the most influential artists of the 20th century. His career has been one of debauchery and excess, great songs, and an ability to rock a surreal costume like no other.

Oh yeah, he's been a film star too. And he slept with Guns N' Roses guitarist Slash's mom. And he's the goblin king. What a man. What a career.

A career that isn't so wild and varied that it can't be condensed into one minute, shot in one take, with numerous costume ch-ch-changes, as done here by director Will Tribble.

Tribble has previously condensed popular Hollywood movies into one minute and one continuous take. Now he's done the same for pop stars, starting with Bowie.

For more videos by Tribble visit his YouTube page. 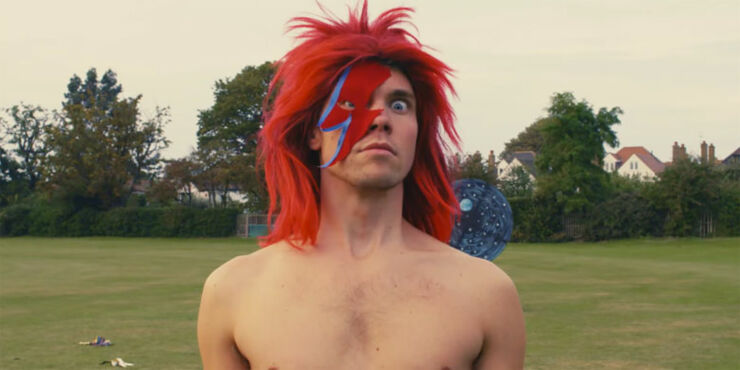