Growing older you become more immune to some of the demands and pressures of society and the world. You're less bothered about what people think of you, for instance and probably more focused on what age is doing to your once youthful features. However you're not less bothered by the effects of gravity.

It's, albeit weak, power equals and unites us all.

So both the very young and the not-so-very young suffer under its force in this compilation, along with their own stupidity of course. As it brings them crashing down to earth, water, sand, anything that's beneath them.

And someone takes the occasional ping pong ball to the face.

Plus, after you laugh at these people for failing like the failures they are, the video ends with a brilliant exchange between two older women. Gee, who’s 101 years old, and her 96-year-old little sister, Ginga. Gee is trying to look at some old photos, while the other one just keeps calling her dumb. Such is the onset of age.

They're hilarious. They deserve their own sitcom. Or at least a web series. 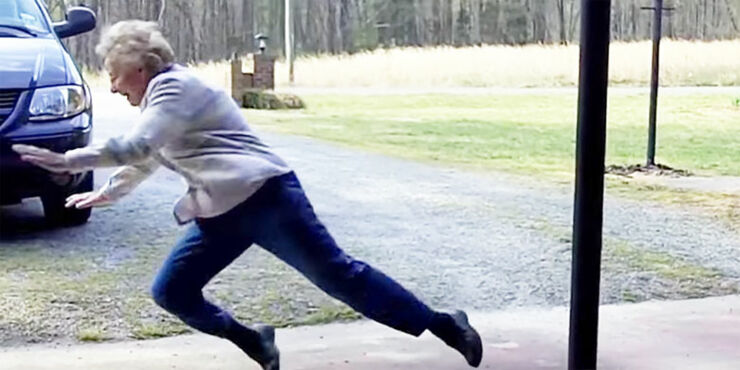