Sometimes people don't just fail, no, sometimes the fail is of such epic proportions that they disappear. They just vanish, consumed by fail, taken away by the Great Fail God who striketh them from the earth.

Well, it's either the Great Fail God or maybe they've just fallen behind a bed or gone underwater, or just fallen out of shot.

Either way, it adds an extra dimension of comedic value to it, giving it that slapstick edge as they topple over or fly off a vehicle. And as we all know, the bigger the fail, the louder you laugh.

Some of them you'll left with a bit of a cliffhanger too, pondering how it must have all panned out, where they ended up and whether they made it out without too much pain being inflicted.

They could show what happened to these people after they disappeared. 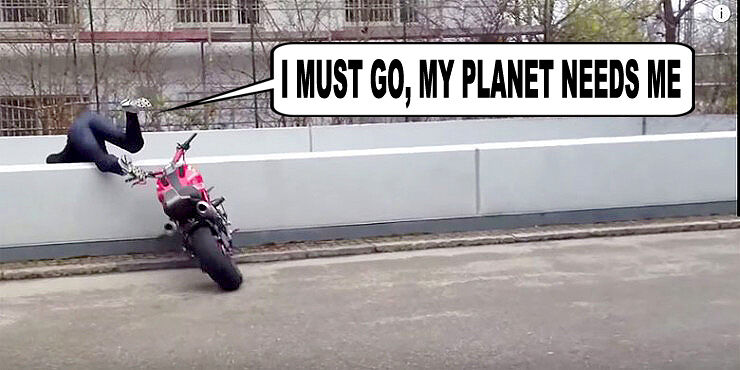