If you ever thought the wheels on your bike were cool but not quite cool enough, then Colin Furze is your man. Furze, an excitable guy who's prone to coming up with crazy inventions like a homemade firework suit or Magneto shoes, made some frozen bike wheels in his freezer—or what he calls his "cryogenic wheel creator."

After freezing the wheels he then took them for a spin and surprisingly it didn't result in him injuring himself or those around him.

They're not so good when going uphill though. But they seem to work pretty well on an ice rink.

Then, because this is the internet, Furze makes an orange juice version and takes the bike for a ride across an actual glacier to see how that goes. And therein concludes his experiment.

He goes into detail about how he made the frozen wheels on his website should you want to try it at home.

And you can watch a behind the scenes video below too. 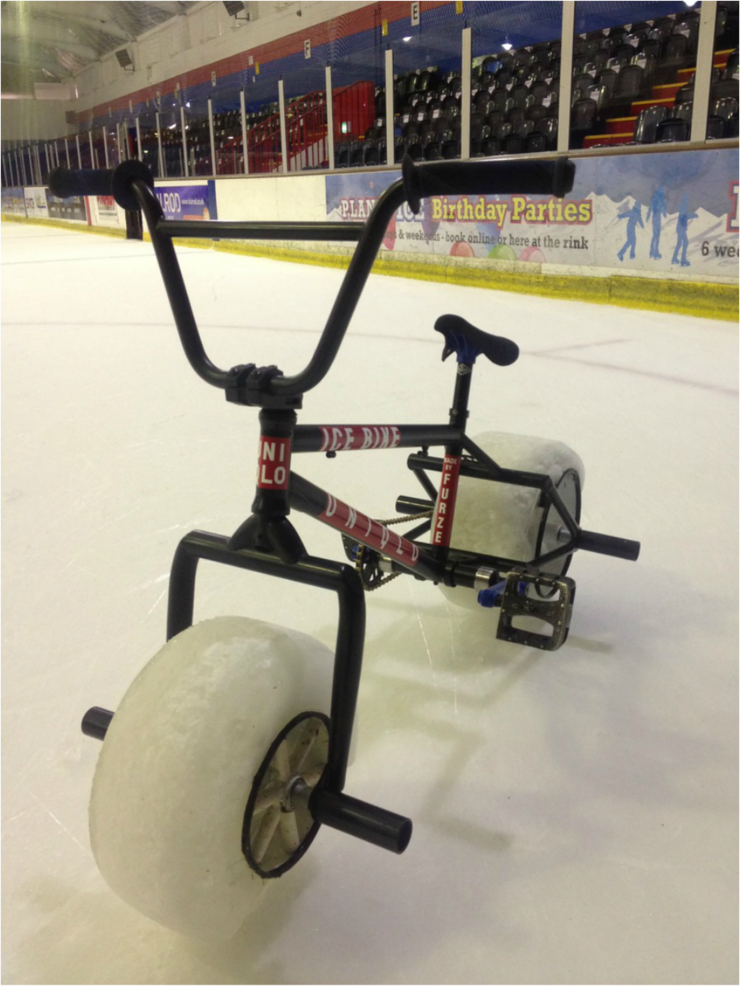