Neil Patrick Harris is taking a stab at variety shows with his Best Time Ever with Neil Patrick Harris and he's certainly got the right qualities as an entertainer to pull it off. The pilot episode featured many things, including pranks and stunts, and one of them was NPH going undercover to fool the judges on The Voice.

What went down was NPH got dressed in disguise—donning a beard, glasses, and a wig—and unbeknown to anyone on the show pretended to be the new (albeit cheesy) host of the Austrian version of the show, complete with a passable fake Austrian accent.

In that capacity he interviewed the celebrity panel, which included Adam Levine, Pharrell Williams, Gwen Stefani, and Blake Shelton--who were really not sure what the heck was going on.

But he didn't just interview them normally, instead he made the interviews extra awkward and weird to freak out the celebs. Needless to say he did a very good job and no one suspected who he was.

Then did a terrible live performance of his own in front of them to add some extra WTFness to the whole affair.

Just when the celebs look like they're ready to quit, he takes off his disguise and reveals who he really is.

It's entertainment Jim, but not as we know it. And to be honest it was brilliant. 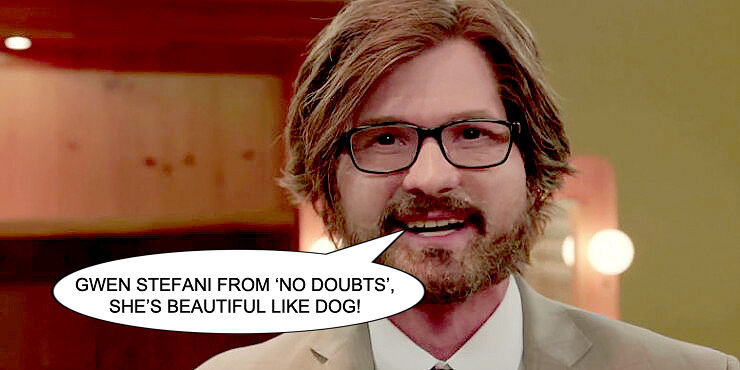