Quick, someone call ASPCA! This poor cat is being harassed by a giant arachnid! OK it might just be a remote-controlled spider that its owners are using to play a trick on it.

But as far as this kitty is concerned this beast has invaded its home and it must be stopped at all costs.

And stopped at all costs seems to involve a lot of prancing about and half-assed attempts to arch its back.

At one point the family dog has a look at what's going on, but knows better than to get involved. After all, what's in it for him, it's not like he's ever going to get some unconditional love payback from his arch-enemy.

Then, right at the end you get some solid proof of why you have a guard dog and not a guard cat to keep you safe in your house at night while you sleep peacefully.

Because lets face it, cats suck a defending your home from invading remote-controlled spider monsters. 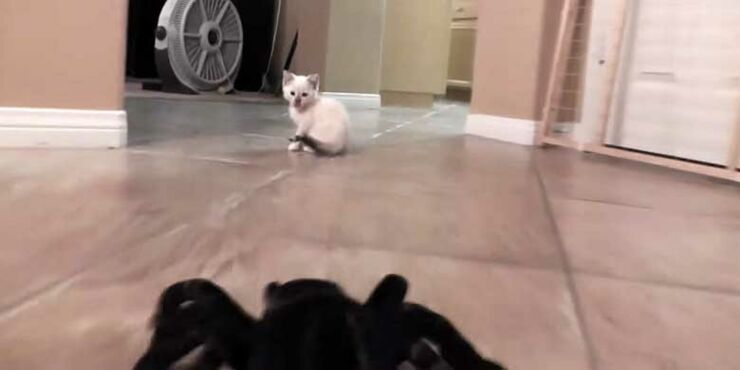