It's like a real-life Airbud, except there are more breeds than just a Golden Retriever showing off their fine skills. In this compilation all dogs both big and small show that when it comes to the basketball court, it's not just humans who can impress with their hoop shooting abilities.

Chasing a stick is way beneath them, instead it's all about the dribbling, the passing, the tackling, the blocking, the slam dunks—they're the dog equivalents of LeBron James.

Such is their skill they should be playing in their own dog basketball league.

Or, dare I say, some kind of interspecies league where humans and dogs either go against each other or are teammates.

Think of the sponsorship opportunities.

It's time we considered dogs as more than just mascots—they've been watching from the sidelines long enough. 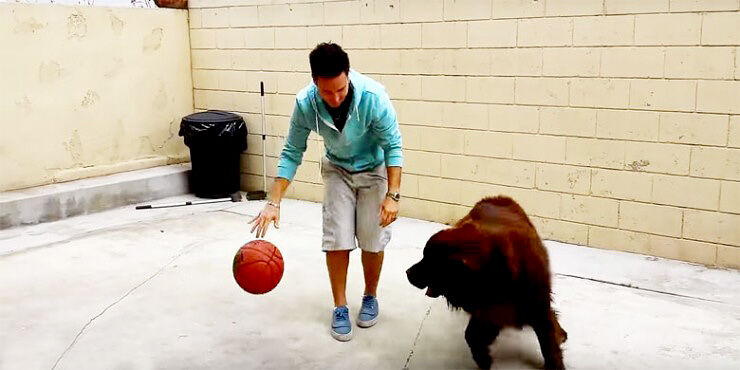