Sometimes the internet comes up with something so perfect yet ridiculous, it almost makes you emotional. Almost. This video mashup of freestyle rap god Bigge Smalls with Earl Sinclair from the Dinosaurs Jim Henson TV series from the 90s is one of those times.

So we get Earl Sinclair laying down the rhymes to Notorious B.I.G.'s song "Hypnotize," shaking his wobbly dinosaur form with even Baby throwing his hands in the air for some hip-hop loving.

The syncing, by Benjamin Roberts who is now current reigning Champion of the Internet, matches so exactly, that you wonder if any one ever saw Earl and Biggie in the same room together.

As one commenter on YouTube (Wyatt Kane) eloquently put it, "There are times in our lives where something is created that is so epic that it will change how we look at the universe. This is one of those things.﻿" 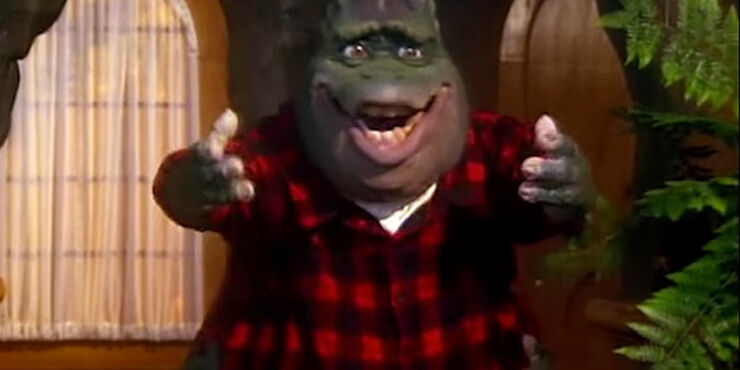