A story has been circulating on social media which appears to show a dog carrying a newborn baby in its mouth with the umbilical cord still attached. The story being shared has stated it took place in various different countries, from Brazil, Argentina, and Saudi Arabia.

The pictures were first reported in the media by Saudi Arabia daily newspaper Sada. The paper reports that the dog was carrying the newborn after finding it abandoned by its mother who left it by a garbage bin.

After finding it the dog took it to a nearby house, where the baby was then taken to hospital.

“Those who posted the pictures said the dog carried the baby to the nearest house, whose occupants rushed her to the hospital," various websites are quoting Sada as saying. "The baby’s life was saved by the dog."

If true it's not the first time a dog has saved a baby's life. The BBC wrote in 2008 about an Argentine dog who found a baby abandoned in a field, picked him up, and placed him next to her own puppies.

The dog's owner heard the baby's cries and called the police. 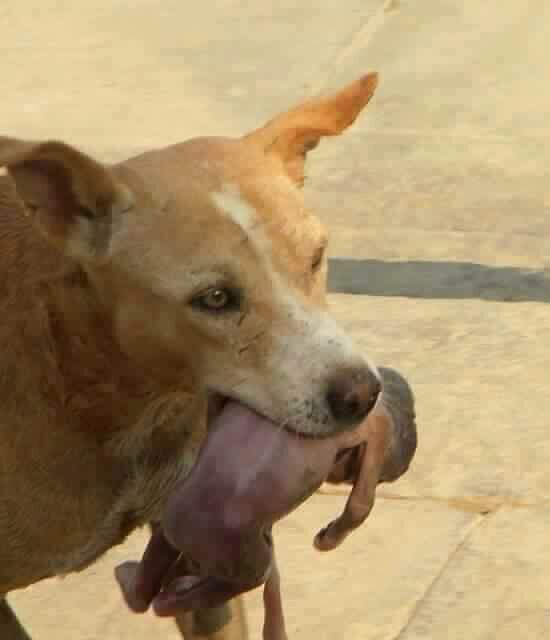 And in 2013 a dog in Thailand found a newborn thrown in a garbage dump wrapped in a plastic bag, the dog took the baby to its owner who called the authorities. 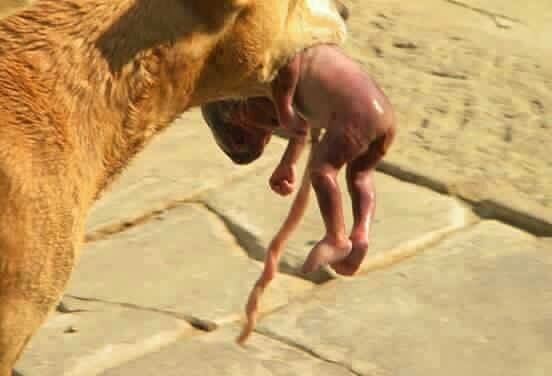 It appears this new baby-rescuing dog story is being reported with some elements of these two thrown in, but the pictures of the above dog aren't the same as the dogs in these stories.

And, as said, there's also no indication of exactly where and when this latest dog rescue took place.