Filmmaker Tyler Falbo has a talent for producing unnerving short films that leave you with a niggling sense of unease after you've watched them. They tend to involve ordinary or mundane situations, like moving house or in this instance buying a new faucet, but he injects them with an uncanny sense of horror.

In this short, called Free Installations, a man turns up at a hardware store with a picture of the type of faucet he's after. Seems normal so far, nothing to worry about yet i hear you say.

But the picture also includes what appears to be a man and a woman, both naked, with one of them bent over a kitchen counter and their faces taped out.

OK, so that's a little weird, but it's nothing compared to what happens when the guy from the hardware store goes around to fit the new faucet.

Be afraid. Be very afraid. 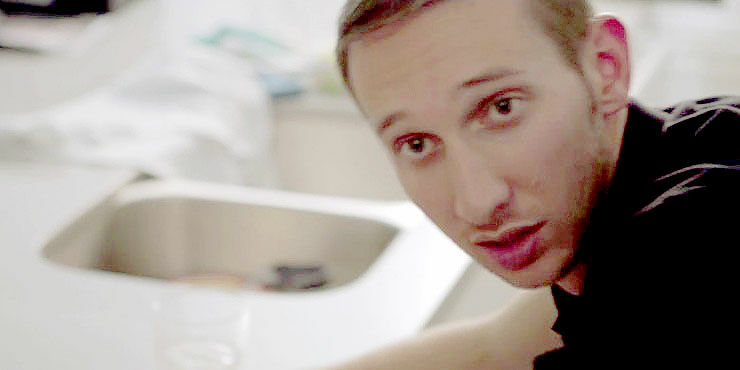