OK, make sure you're not eating your lunch while watching this because there is A LOT of gore, but that makes it no less enjoyable, as we follow a henchman's promotion by his kingpin boss to Bad Guy #2.

But whereas in the normal world promotion is a good thing (respect from your co-workers, a key to the executive rest-rooms, company car, etc), in the criminal underworld it doesn't always equate to something better.

In fact, it looks like it equates to something far worse.

Because while it might mean mo' money and getting orders direct from the man himself, it also comes with a caveat that if he messes up it could cost him quite a bit, like his life.

So sit back and enjoy the fun (and gore) as our poor protagonist struggles with the new responsibility and demands of his new role as Bad Guy #2.

The film is directed by Chris McInroy who's currently seeking funding for a new short film Death Metal. If you're feeling generous you can go support him over on Kickstarter. 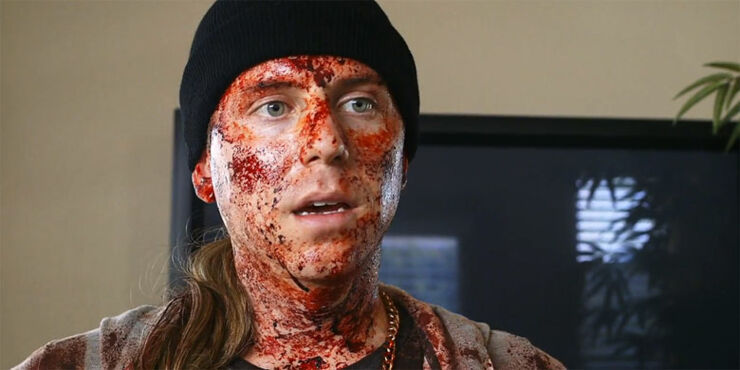