If you've been following European politics you'll know that Germany, and most of the EU, have been coming to blows with Greece, particularly it's finance minister Yanis Varoufakis, as they try to work out a deal for the huge amount of debt that Greece owes.

In retaliation to the ferocity with which Varoufakis has stated his position Neo Magazin Royale, a late night German satirical TV show, has released this spoof video. It paints Varoufakis as a superhuman monster hellbent on destroying the German spirit—he has "merciless eyes," is Facebook friends with Voldemort, and his smile causes angels to die.

It doesn't pull any punches as it fires insults at Varoufakis ("his leather jacket is made of skin from German shepherd puppies," "he doesn’t negotiate, he simply kicks ass."), but you also detect a little bit of respect for his relentlessness, style, and refusal to back down.

It also champions German culture while in the next line mocking it ("When we speak English we all sound like Werner Herzog," "Our gold reserves are the second largest in the world! Please don't ask where it came from!") building to a heavy metal crescendo, as Varoufakis appears engulfed in flames while Germany pleads to just be left alone. 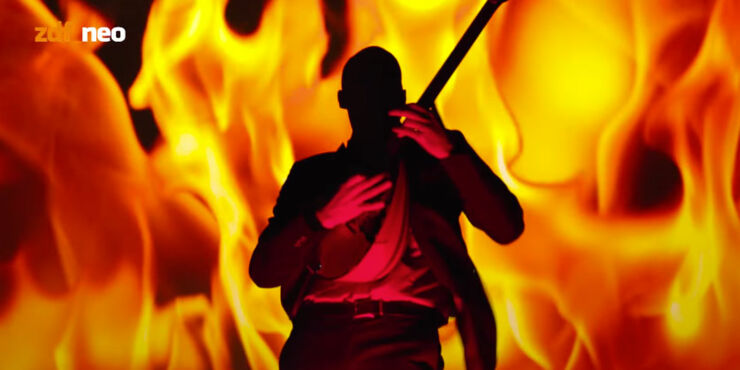