If you've always harbored ambitions (and what ambitions!) to get your freak on while traveling 575 mph at 39,000 feet, but have always felt your efforts may be thwarted by overzealous and meddling flight attendants or curious passengers, comedian Jimmy Tatro (LifeAccordingtoJimmy) can help.

Think of Jimmy as you wing-man (see what i did there), helping you achieve that very special mile-high moment by teaching you a technique that's not for the shy, but then if you're looking to join the exclusive club, you're hardly going to be that.

The whole thing centers around you both creating a clever illusion, which, believe it or not, involves starting the whole thing off by doing something very un-amorous, getting into a fake argument with your significant other, making sure it's loud enough for everyone to hear whats going on, which you then carry on to the restroom.

Then comes some rather clever (and difficult) multitasking as you have to try and carry on the argument in the toilet cubicle while simultaneously doing the deed. It's wearying just watching someone else do it, but nobody said it was going to be easy.

This is just the way the world is now. 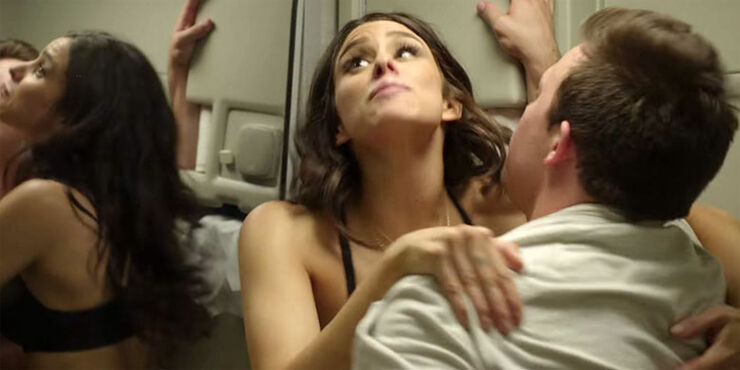