Not thanks to the new social media app iNotRacist (currently seeking funding on Thingstarter), which gives you kudos and lets you earn points for all the unsung non-racist things you do throughout the day.

You can even compete with friends, relatives, and other non-racists to see who can get the most points and be crowned Liberal King or Queen of the internet. Does this all sound ridiculous?

That's because it isn't real, but is instead a very funny spoof from comedy network Above Average.

Had you racist anger going for a minute there though, didn't I? 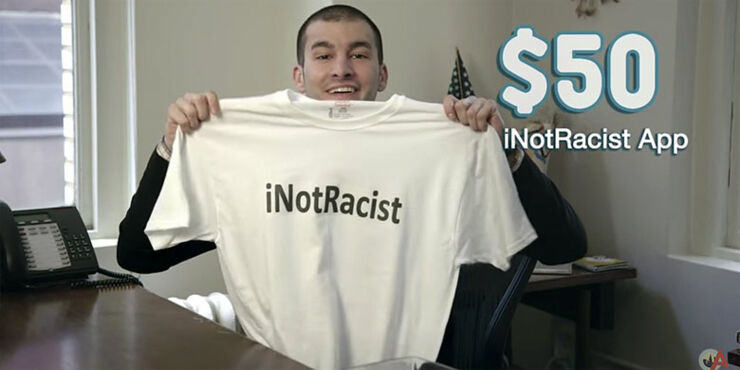