So it turns out Jerry Seinfeld is definitely not a big hug fan. It was confirmed when Kesha approached him while at a charity event in Washington. Seinfeld was in the middle of a red carpet interview when Kesha interrupted and said, "I'm Kesha, I love you so much. Can I give you a hug?" To which the comedian answers, “No, thanks.”

It's made even more cringe-worthy because Kesha won't take no for an answer, asking again for a hug before being rejected again. She then walks off dejected while Seinfeld laughs and then adds "I don't know who that is." The interviewer Tommy McFly then tells him. And Seinfeld says, "OK, well I wish her the best."

It's brutal stuff, and made all the more amusing by Seinfeld's nonchalance as he cuts her down. You can watch the denied hug below.

Savage, right? And not the sort of encounter any Seinfeld fan would want. Still, Kesha is used to upsetting people, like when she irked palaeontologist Trevor Valle by stepping on a dinosaur he had meticulously cleaned.

Kesha Fans React To Seinfeld's 'No Hug For You' 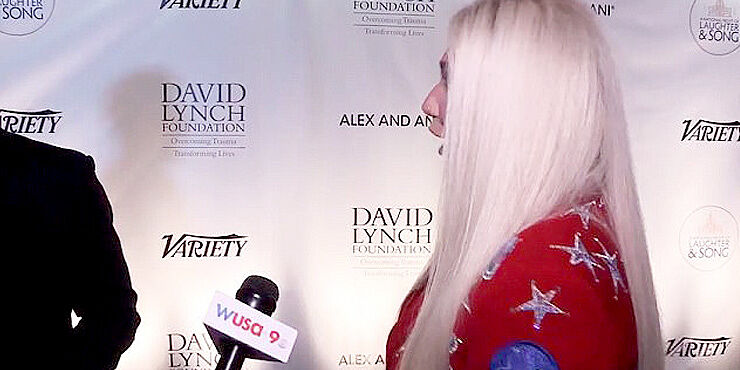 Plus while Seinfeld might not know Kesha, she does have her own army of loyal fans who will defend her vigorously—and have done so by rising up on Twitter to criticize Seinfeld for not giving Kesha her hug. And they pretty much all call him call him trash. They even started a hashtag #JerrySeinfeldIsOverParty.

Even her celeb friends have rallied round and come to her aid in the 'No Hug For You' crisis on Twitter.

He's been over since he shaded Gaga. Pompous, egotistical, prick. #JerrySeinfeldisOverParty

Show respect to Kesha or else your career will be ruined! When you hug her you get accepted into heaven.

Jerry Seinfeld's net worth is $870 Million. I don't think he cares if some 10 year olds call him irrelevant. #JerrySeinfeldisOverParty

Seinfeld’s 'No Hug For You' Soup Nazi Reference

Along with just cutting Kesha down without flinching, the denied hug is also a brilliant but indirect reference to the Soup Nazi episode of Seinfeld where Seinfeld totally blanks his girlfriend because she upsets the Soup guy.

Reason? The Soup guy's soup is so delicious it's worth denying you know who your girlfriend is just to get some. 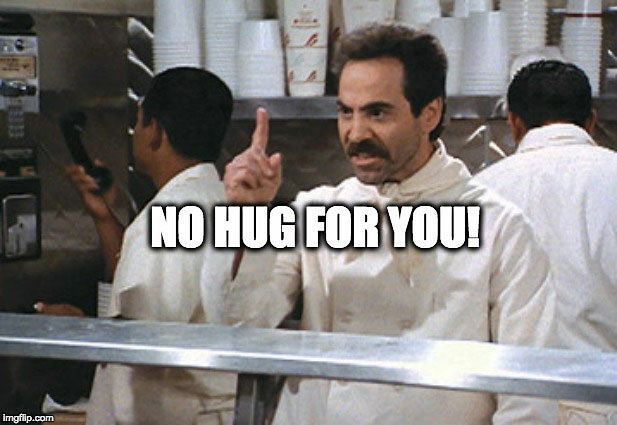 You can check the hilarious scene from the episode in the video below. And in a reference to the Soup Nazi's famous "No soup for you!" line you can even buy a cool "No hug for you!" tee.