Acappella gets heated in this sketch from Key & Peele, which sees the two comedians warring after Key causes upset when he muscles in on Peele's white boy acappella group. "Do you have any idea how long it took for me to infiltrate this group?" Peele seethes after Key gives it his best falsetto.

And so the pair face off in an intense show down, but Key is unrelenting. And the gauntlet has been laid.

So Peele decides to lay the ball in Key's court and turns up at his improv class to give him a taste of his own medicine.

It's only a short sketch, but it's hilarious to see the two throw side-eye at each other and get all dramatic. But it comes tinged with sadness, because the pair have recently announced that their latest season on Comedy Central will *sniff* be their last.

I know. I know. Right now you're probably releasing an inhuman wail of abject sorrow at such despairing news. Why would they do this?

The main reason, it seems, is they want to quit while they're on top and pursue other avenues.

"This is our final season – and it’s not because of Comedy Central, it’s us," Key told The Wrap. "It was just time for us to explore other things, together and apart. I compare it to Gene Wilder and Richard Pryor. We might make a movie and then do our own thing for three years and then come back and do another movie. There will be Key & Peele productions coming up. We’re doing the reboot of ‘Police Academy,’ and there’s a TV show in the works that me might do for Comedy Central. There’s lots of stuff we have cooking up.”

So lap this latest video up with relish and just prey that there a few more courses to savour before the comedy gourmet that is Key & Peele is off the menu. 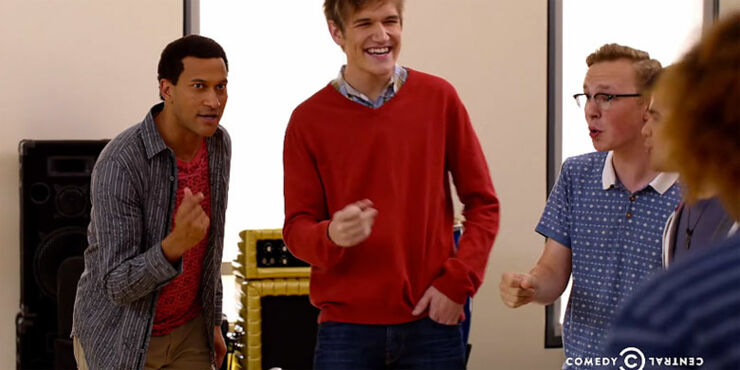