Insult comedians are all about leaving no taboo untouched—their whole act relies upon the idea of being able to abuse and shame absolutely anyone, no matter their religion, nationality, gender, sexuality, or whatever.

But the insult comic in this sketch by Key & Peele may have met his match when an audience member, an audience member who has been seriously burned and deformed, challenges the comic to give him his best shot.

Things take an increasingly awkward turn as the comic fires off his jokes and they land with an awkward thump.

Every time the comic thinks he's picked a seemingly innocuous target to insult, the guy comes back with a perfectly valid answer for why he has, say, a pink shirt on. Or three bottles on his table.

As sure as the gags come, so does the guy goading and asking to be made more fun of.

Until a Freddy Krueger joke drops. Then things have gone way too far. Way too far.

It's another hilarious sketch from Key & Peele. One that goes very meta and very, very messed up. 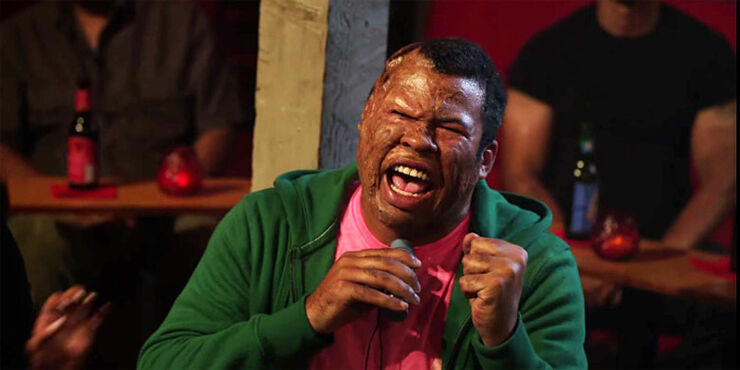