Sometimes comedy can be the universal tool for social commentary whenever there is national unrest, putting sensitive subjects in a different setting can be useful for people to see things from a totally new perspective, and maybe change their opinion.

The latest sketch to come from Key & Peele couldn't be more topical. It features Keegan-Michael Key as a black man who's stopped and arrested by a white cop, before bashing his head on the police car door which prompts a homeless guy to appear (Jordan Peele).

The homeless guy then transports him to a wonderful place called Negrotown, a happy-happy-joy-joy place where black people won't be harassed, beaten, or have stupid white folk touch their hair.

Using a full musical number this "utopia for black people" is revealed in all its majesty, a place where, the songs says, "You won’t get followed when you try to shop. You can wear your hoodie and not get shot. No white folks to cross the street in fear. No trigger-happy cops or scared cashiers."

But, of course, such a place couldn't possibly be real. And things come crashing back to brutal reality by the end of this hilarious and timely sketch. 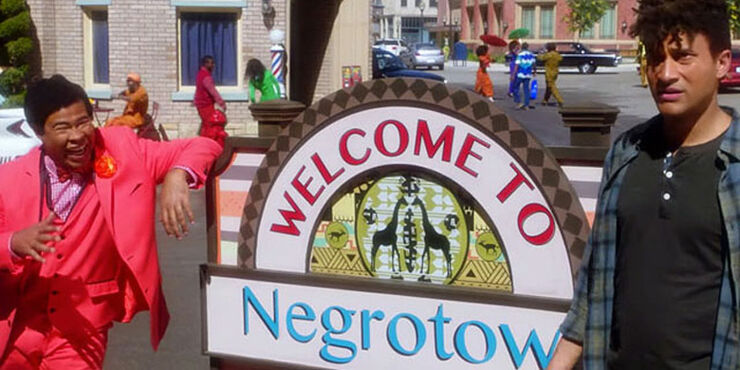