Think of Albert Einstein and you think of the famous equation E = mc2, the theory of relativity, that quote about God not playing dice, and you also probably think of that image of the scientist poking his tongue out.

And now, thanks to the internet, a cat has been found who likes to recreate that famous pose.

Melissa is a five-year-old Scottish fold who lives with her owner photographer Alina Esther in Russia. She has an unusually long tongue which she likes to stick out—and her owner likes to photograph.

"I noticed Melissa sticking her tongue out when she was a few weeks old." Esther told The Mirror. "Then it was a small tip of the tongue. But at the age of six months, she first started showing her famous 'long' tongue."

Esther has turned this abnormality into a virtue and, like any internet cat worth their social media salt, Melissa has her own Instagram with over 20,000 followers. It's here where Esther posts cute photos of Melissa dressed up in a bow tie or wearing a tiara. 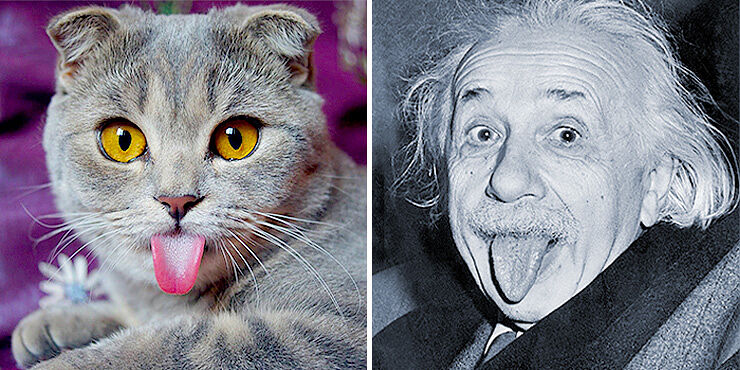 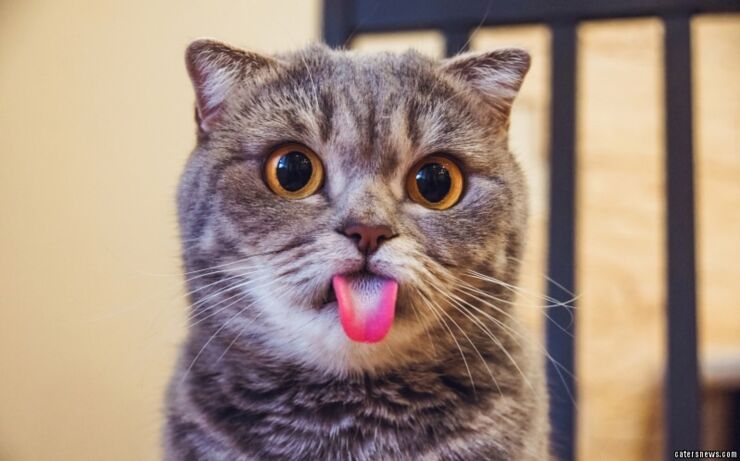 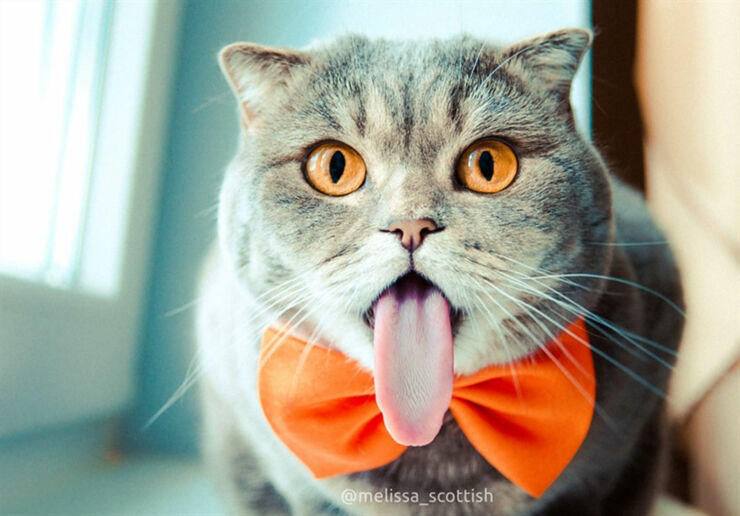 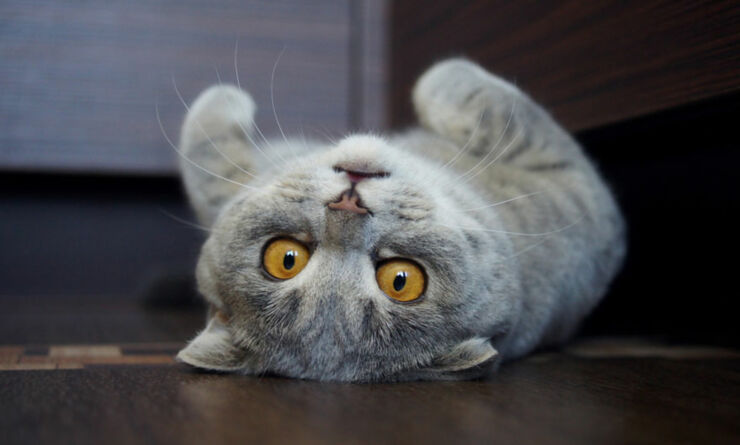 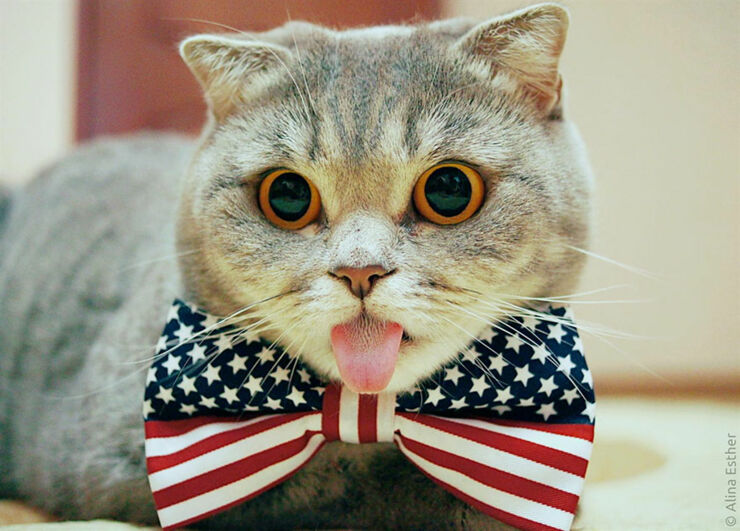 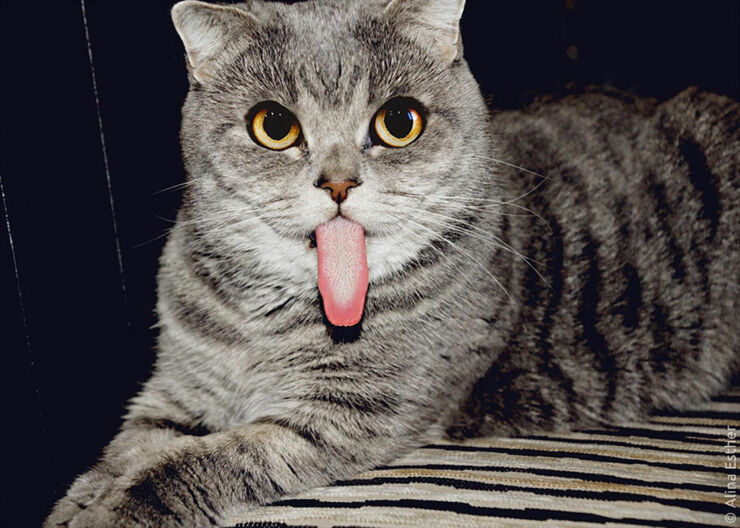 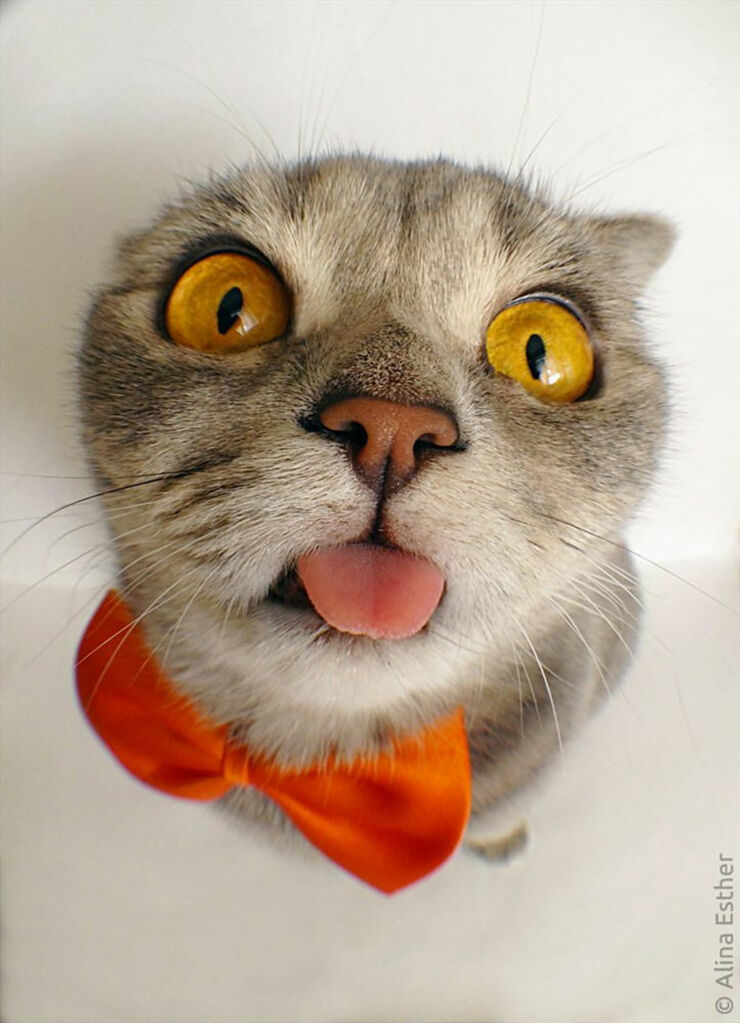 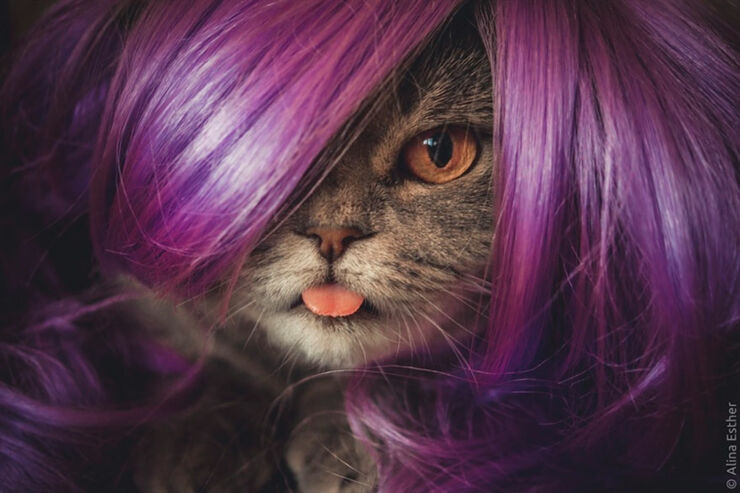 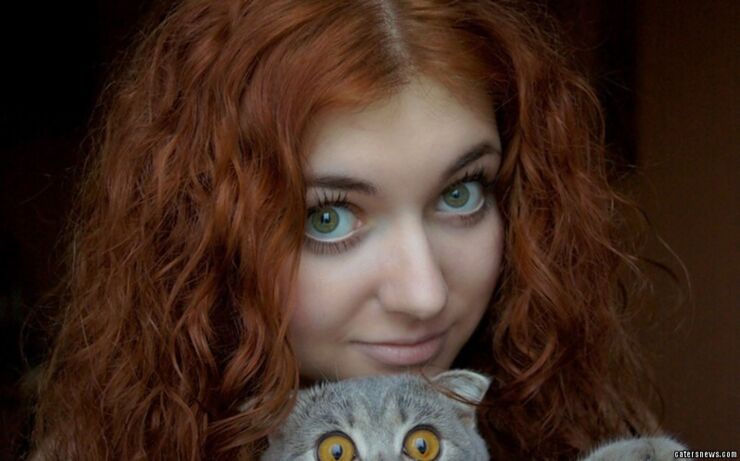