Let this be a lesson to pet owners everywhere, it's real important that you get your dog microchipped. Because all pets can get lost just like this little dog, found by Allison Dunbar cowering underneath an abandoned car.

Seeing the dog was clearly distressed she called Los Angeles animal rescue center Hope For Paws and notified them of what was going on. Together with Allison they tried to coax the dog from out from under the car with food.

But, being next to such a busy road, it was just too scared—and they didn't want to scare it too much in case it ran out and into an oncoming car. So they put netting around the car and just kept trying to communicate with the pup. Eventually it softened and became less scared of them, coming nearer until they able to get a leash around it's neck.

Then, once it was out from under the car and safely in the arms of its rescuers they used a scanning device to see if the dog was microchipped. It was, and it meant they could not only find out her name, which was Luna, but also they found her owner, Dave, who was naturally distraught at having lost his pet.

They were eventually reunited though and the owner was hugely grateful. The rescuers also got to find out the story of how Luna came to be lost.

The moral of the story? Microchip your damn pet already. 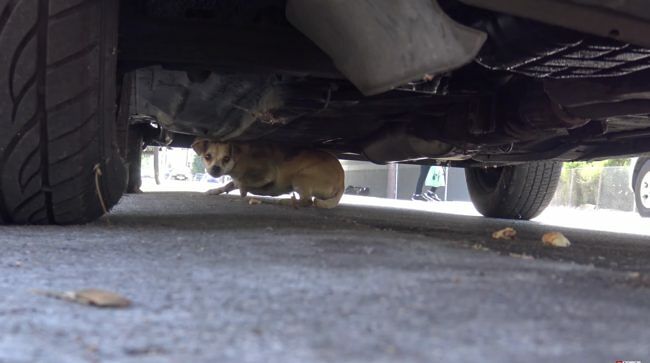 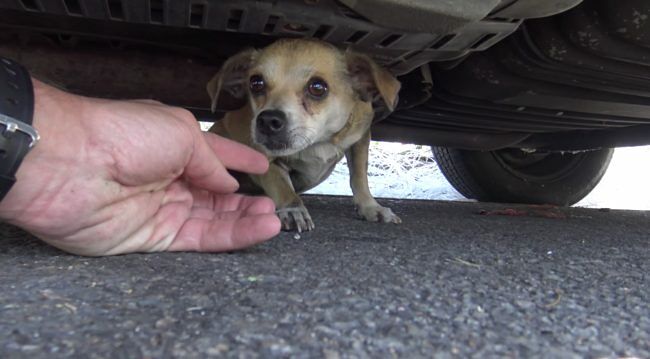 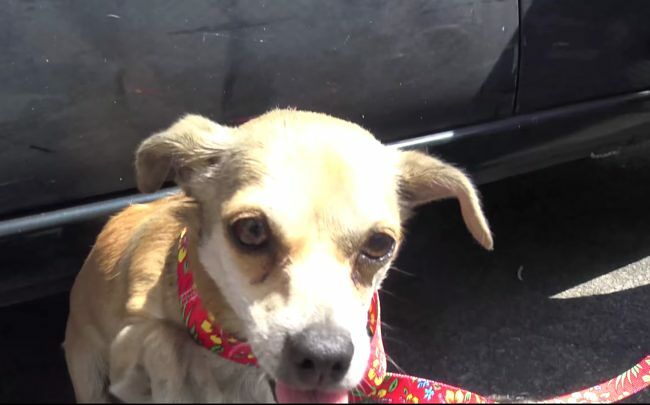 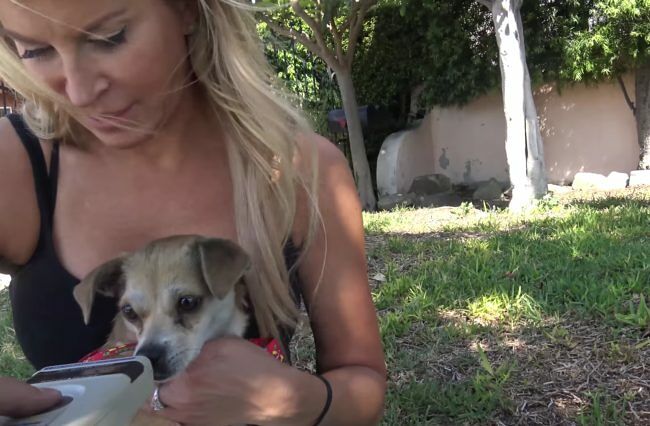