There's nothing that pulls at the heartstrings more on the internet than a touching story that centers around the misfortunes of man's best friend and how, because of the concerns and intervention of some good people to do good, it all ended happily ever after.

California-based animal rescue center Hope For Paws are pretty, um, top dog, in their ability to save stray mutts from the streets. They previously helped re-home an abandoned blue heeler they found living under a dumpster, and rescued a poodle who'd turned into a matt of hair after living alone in squalor.

Now they've staged a night time rescue effort to get a homeless dog called Oakley, a Maltese-Poodle mix, who's been living in a hospital car park. It required a sneak-up operation because she was too scared when they tried to get her in the daylight.

But this second attempt went well after they snuck up, calmed her with soothing voices, and managed to get a leash on her.

She was then taken back to the center for a revitalising wash, before one of the volunteer's took her home to start to rebuild her trust. She's now in much better spirits and is looking for a new place to call home. 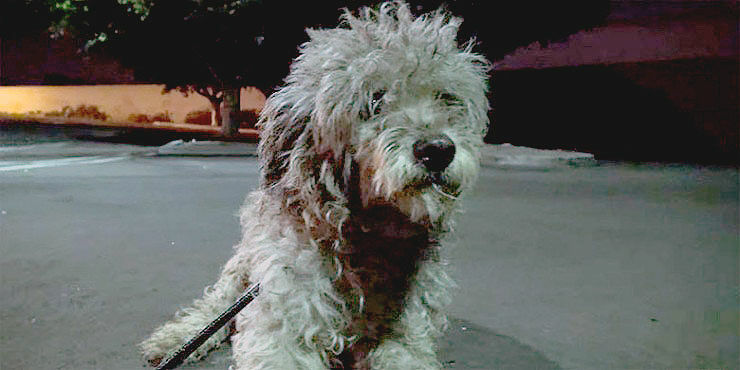 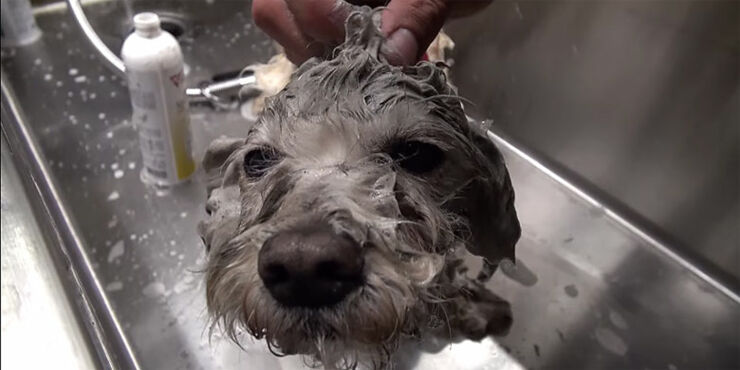 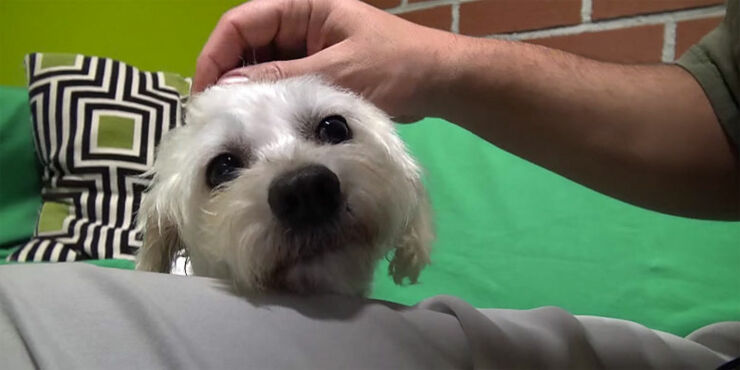