We've all seen fail videos on the internet, where people are captured falling over or doing something dumb. But it turns out, it wasn't their own stupidity that caused them to act like that, it was an outside entity. It was Sniper Troll.

And here he is, sniper in hand, straight from an FPS video game locking and loading and taking aim to make the world a funnier place. Some guy helping his friend onto a roof and he's wearing nothing but a towel?

Sniper Troll will ensure that towel falls to the ground, exposing his bare ass cheeks.

Man attempting to slide onto a children's trampoline on a precariously-balance kid's slide? You fool, Sniper Troll will ensure it ends badly and results in nothing but your humiliation. 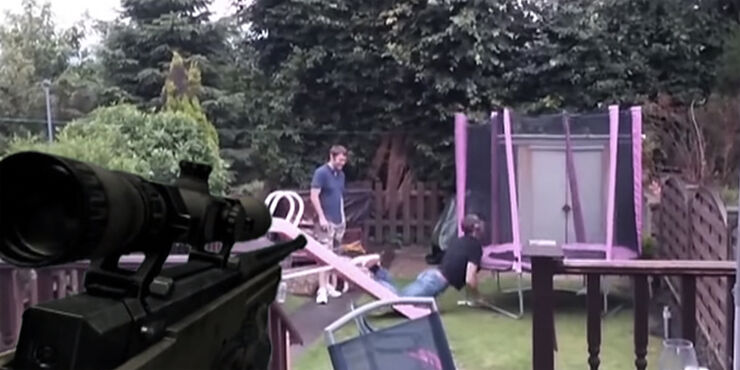