If you are going to interview one of the most intelligent people on the planet then you need a really smart man to pose those important questions to him--however, in the event of no actual 'smart' people being around in the TV studio then i guess going with John Oliver is the next best choice. The celebrated physicist was the inaugural guest on People Who Think Good, a new(ish) segment on John Oliver's Last Week Tonight, HBO's late-night talk show aimed at giving a satirical look at the week in news, politics and current events.

It sounds like a match made in low-ratings TV, but surprisingly it works beautifully, Steven Hawking reveals he isn't just a physicist genius, he also has a promising career as a comedian if his black hole theories don't work out and gives John Oliver a pretty good run for his money with some snappy comebacks in this entertaining interview.

I guess it's what happens when a man with an IQ like your smartphone phone number talks to man who doesn't even know what an IQ is. But who else could ask Mr. Hawking to drop the book smarts and adopt some street smarts by imagining he was a big time drug dealer and dealing with a drug deal gone bad and how he would resolve it--Forget the origins of the universe, these are the kind of questions most of us really want answers to.

It reaches a climax when John Oliver muses if there is an alternate universe where he is the intellectual superior, to which Hawking calmly replies, "Yes, and also a universe where you're funny."

John Oliver, count the seconds because somewhere out there is a robot with murder on it's mind. Comedy genius. 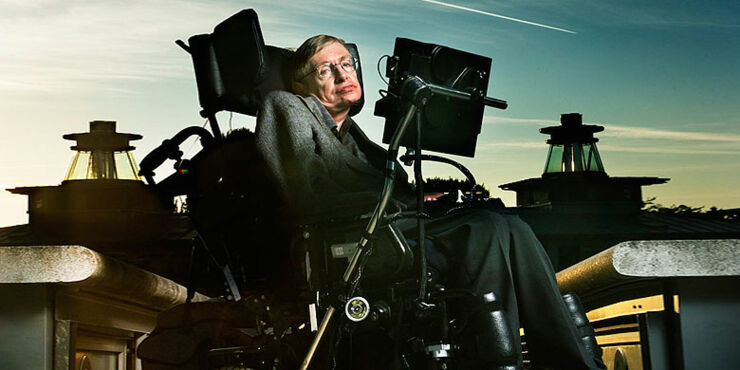