Poor old Jonah Hill, you can't help but think that when directors are looking for a normal guy who just isn't lucky with the ladies, awkward and a bit of a loser then someone like Jonah will certainly at the top of their casting list as a prime candidate, his track history in such films as Superbad and The Wolf OF Wall Street have paved the way for such roles. If you want to cast a guy who makes Joe Average look good then Jonah's your man.

But that hasn't stopped this talented two-time Academy Award nominee from becoming a definite Hollywood star in his own right, after all it's just acting, right? I mean he's not really like that in real life, is he, he can't be?

Because no one is really like that, are they?--Wrong.

In what is possibly one of his best interviews with the UK chat show host Graham Norton, Jonah relates quite a tragic tale about how he was flirting with a woman on an airplane during a flight and it was all heading in the direction of the Mile High Club when all of a sudden a random stranger who must’ve eaten something that violently disagrees with him kills any chance of sexy-time on a plane occurring. Ever.

It all sounds like a scene straight out of one of Jonah's films, but unfortunately for him it's all true.

Don’t wanna give away any spoilers, so just watch the video and feel his pain. 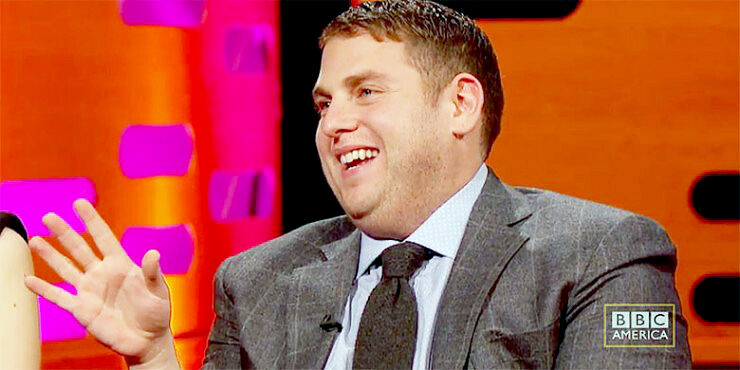