Be careful out there in the ocean. Especially if you're jumping from Manly Jump Rock in Australia, because apparently the sea there is absolutely riddled with CGI sharks. Sinister hungry beasts that want to invite over for lunch.

Or at least, it is in this footage which was uploaded to YouTube recently with the description "Close call with a great white shark in Sydney Harbour! Filmed on a GoPro at Manly Jump Rock HOLY SH*T!"

What they forgot to put in is: shark added in post using After Effects. That's what a lot of the YouTube comments are saying anyway, and the internet has a new game to occupy itself this morning. Is this footage real or fake?

Is Sydney Harbour really that deep that it can accommodate sharks? How come the shark seems to teleport straight into shot? Isn't it kind of suspicious that this is the guy's first YouTube video? Wasn't that shark on the grassy knoll? Is that a chemtrail you see the shark leave behind? Did that bookshelf just move?

I've studied the footage for at least the time it takes to watch the video just once, and I've come to the conclusion that the name of the uploader, Terry Tufferson, is no kind of name that could exist outside of a British comic book for 10 year olds, so it must be fake. Conclusive proof people, let's all move on.

But of course i could be wrong, so next time you find yourself in Manly, Australia and fancy a quick dip in the ocean. Check the water for fast-moving dark objects first. 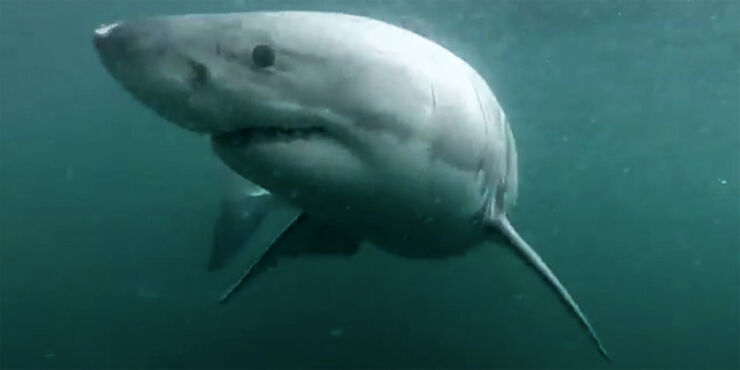