You'll have no idea what's going on and you'll probably cry for your mommy at some point while watching it, but this is still a far better commercial than most. Lots of ads are weird (in Japan it's pretty much the default setting) but this one from Tim & Eric (Tim Heidecker and Eric Wareheim) for Totino's Pizza Rolls is next level strange.

Hats off to Totino's for commissioning it and then actually running with it once they'd seen it, because it's really quite intense and unnerving—but brilliant too.

It's less like an advert and more like a sketch from the Tim and Eric Awesome Show, Great Job!. 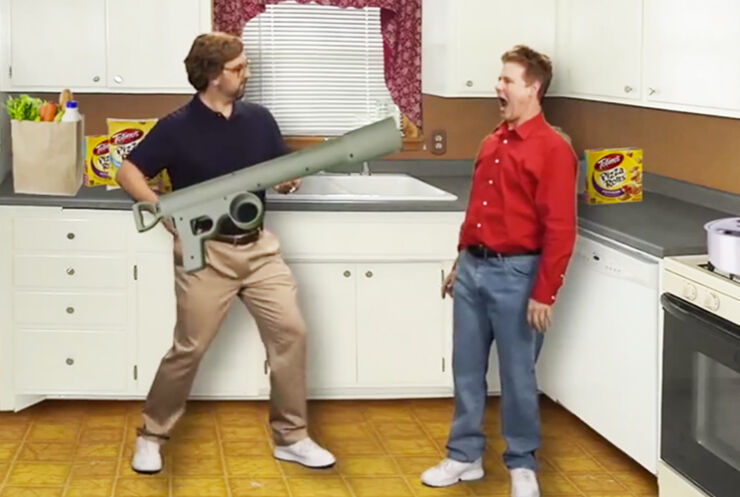