No matter what Ozzy Man, from YouTube channel Ozzy Man Reviews, decides to give his critical analysis and unique insight on, it's always an enlightening, brain-tickling, and eye-opening experience.

Be it watching two iguanas do battle, narrating an interspecies battle between cat and praying mantis, or redubbing Game of Thrones with 8-bit video game sounds.

And now he's targeted the athleticism of Australian dancer Maddie Sparkle. Maddie Sparkle is a former gymnast who turned to pole dancing and now even runs her own Pole Dancing Academy.

Ozzy Man brings his formidable brain to note how Sparkle isn't just dancing though, but is actually marking her territory, wiping her scent on the pole.

He also brings some insight into what the moves actually mean, like the spreadie to the gods which he notes can actually be used to appease them. Remarkable.

Somehow but without losing one iota of relevance, Ozzy Man covers subjects as far ranging as mermaids and mermen, along with spreadies as Bowie tributes, while also disclosing that Maddie lives in a treehouse.

It's the kind of informative and measured commentary that the world of entertainment could do with more of. 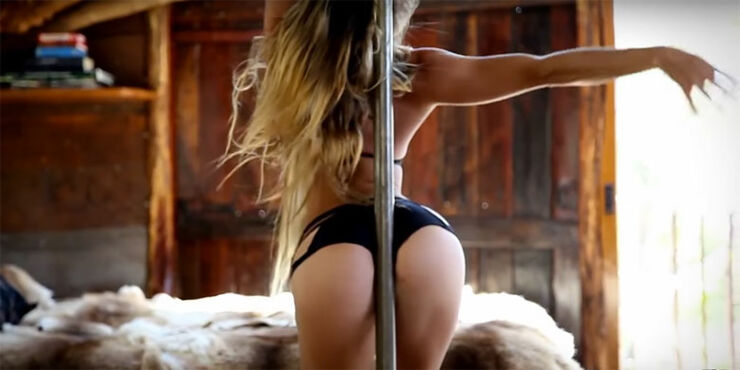