Fans of Rick and Morty have been waiting a long time for it, but now Rick and Morty S03 episode 1 has ARRIVED! Well, briefly anyway. Because, in a sick and twisted turn of events, the creators dropped it on April Fools Day for a limited time. Check out the official 8-bit trailer for it above and the complete episode 1 below.

After the infamous RickRoll trailer from Adult Swim Australia people were reluctant to believe this was legit. Especially since the announcement came on the day when fake news is wilfully perpetrated by everyone.

But, it was tweeted by the official twitter account of the show, and eventually people realised, it really was time to Get Schwifty, sit back, and watch Rick and Morty S03 episode 1!

It came as a total, off-the-wall surprise though. Because after many, many months of being harassed by fans about when season 3 was coming, creators Dan Harmon and Justin Roiland released the Rick and Morty S03 premiere online on Adult Swim. As one fan commented "These mother fuckers just love teasing us don't they?﻿"

Was This All Down To A Rick And Morty Fan?

Well, it does seem we can all thank one Rick and Morty fan for the surprise Season 3 episode 1 release. A fan who responded to one of Dan Harmon's tweets, about a completely unrelated topic, asking when season 3's return was. Incredibly Harmon replied.

Check out the exchange below:

Watch the premiere, titled The Rickshank Rickdemption, above. You can also watch some episodes from seasons 1 and 2 of Rick and Morty on Adult Swim if you need a catch up.

The official twitter account of the show also revealed that the rest of season 3 will drop summer 2017. 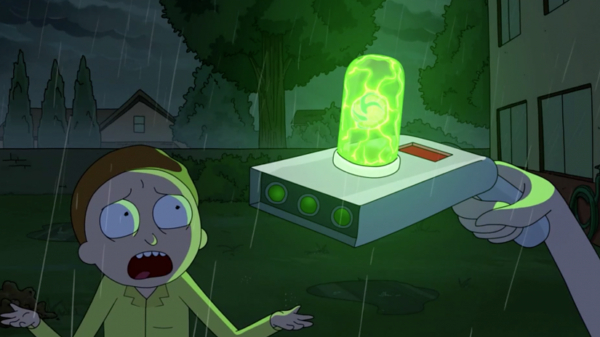 To celebrate the amazingness of getting the Rick and Morty S03 episode 1 early, Eclectic Method tweeted the following mashup vid, which is a video remix of seasons 1 and 2. It even got a retweet by Dan Harmon. 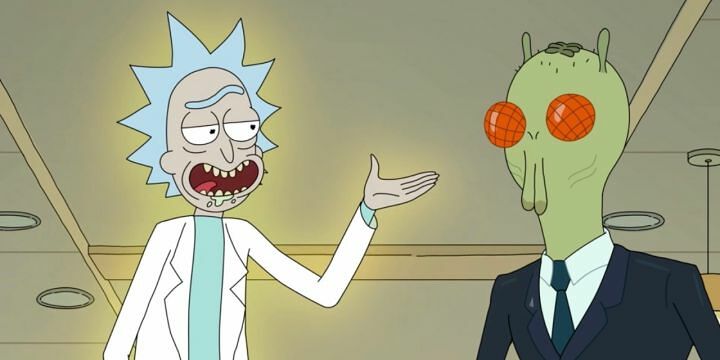 I know it must feel like all of your Christmases must have come at once, but try not to pass out just yet.

Because that's not all Rick and Morty fans, i know it's hard to believe but along with that awesomeness , Adult Swim have also released a bunch of video shorts and bumps to their YouTube channel.

You can watch those below. Wubba Lubba Dub-Dub!

Beth in the Garage | Rick and Morty

Poopy the Gymnast | Rick and Morty

Summer in the Bathroom | Rick and Morty