Shia LaBeouf is slowly redeeming himself in my eyes. It started with him recounting his debauched night of whiskey and Cabaret to Jimmy Kimmel, and now he's made a cameo appearance in the insane live version of Rob Cantor's comedy track "Shia LaBeouf". A song about a blood-drenched, knife-wielding cannibal Shia LaBeouf stalking you in the night.

The song is hilarious (with lyrics like "Killing for sport, (Shia Labeouf) / Eating all the bodies, actual, cannibal Shia Labeouf." it's hard not to be) and is delivered in a manner not unlike the spoken word voice-over Vincent Price says at the beginning of Micheal Jackson's "Thriller."

Cantor's song became so popular LaBeouf even acknowledged it, tweeting a link to the Soundcloud page last Halloween.

You beat me. #HappyHalloween

And now, just in time for Halloween 2014, Cantor's released a live music video version. It features a live orchestra, a choir, contemporary dance, shirtless men in giant Shia Labeouf heads and then to top it all off the man himself, alone in the audience clapping furiously. 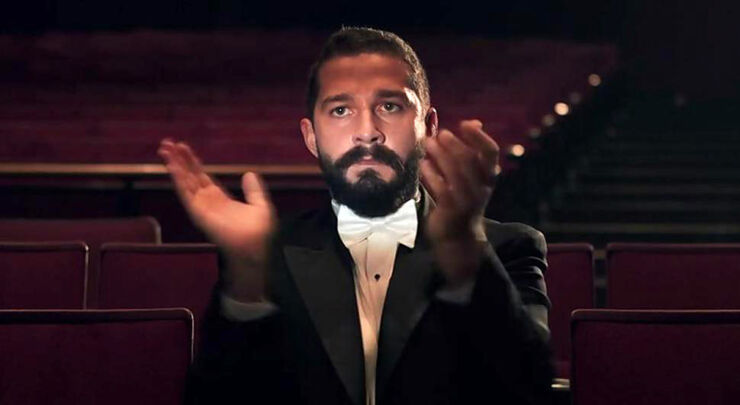