There are only a few rules in life you have to remember, one of them is that no one can be more mean to you than your siblings, creating any situation they can to play tricks on you and basically make your life a living hell.

Especially if your defenses are down.

Meet Millicent. After she's taken a trip to the dentist to have some wisdom teeth surgery, and so pumped full of drugs, her two brothers decide to take full advantage of their little sister. They do this by playing out an elaborate prank fooling her into thinking the zombie apocalypse is upon us.

Sure it might be a very mean thing to do under the circumstances, but it's also undeniably hilarious. And you have to admire the brothers sheer dedication to it. It starts when Millicent is in the car on the way home—a radio show is interrupted by the Center for Disease Control in Washington. A voice issues a viral outbreak warning, reporting cases of fever nausea, and, all importantly, cannibalism.

Next they even somehow rope their mom into the prank, who calls up one of the brothers to tell them to get home quick, because of some sort of weird outbreak.

Left alone in the car for a second, the sister begins to have an epiphany. "Like cannibals... zombies?" she mutters. The brothers then begin to stock up the car with weapons and the sister's getting increasingly hysterical at this point, demanding a knife.

She's then forced to decide between which pet to take, dog or cat? "THE CAT!" she screams. The comedy is then escalated to levels of sheer brilliance when one of the brothers asks. "We can only take funfetti or chocolate cake, which one? DO YOU WANT FUNFETTI OR CHOCOLATE?"

Just when they've whipped her up into enough of a frenzy they reveal it was all just a joke (Ha! Ha!).

The zombie apocalypse has never been so much fun. 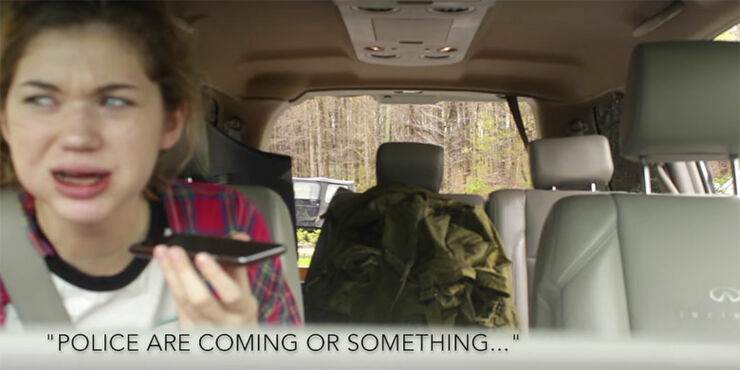