The end of 2016 is looming on the horizon and the general consensus around the planet is that it's been a total douchebag of a year. It's seen the deaths of cherished musicians like David Bowie, Prince, and Leonard Cohen.

Along with a host of beloved actors such as Gene Wilder, Peter Vaughan, Anton Yelchin and Alan Rickman. Even in the animal world we mourned the passing of Harambe, the 17-year-old Western lowland silverback gorilla.

2016 will go down in history for being the worst for celebrity deaths for sure. And lets not even dwell on the surprise election of Donald Trump and the triggering of Brexit in the UK. All of this in just 12 months.

As such many people will be glad to see the back of it and welcome in 2017, which will probably be even worse, but we live in hope that it isn't. It's at times like this we all need a good laugh to raise our spirits.

Along with meaning we can finally say goodbye to a year of bullsh*t, the end of the year also means it's time for all the yearly roundups of, well, pretty much everything. From best music albums to movies to the more niche subjects—like best girl fails of 2016.

The latter is what Fail Army presents in an amusing roundup of the best and funniest female fail videos that hit the internet in 2016. You have to admit that the sight of the fairer sex failing hilariously is a welcome tonic.

It's not going to bring back dead musicians or make the new presidency any more palatable, but it should bring you some cheer and raise a smile on your face. 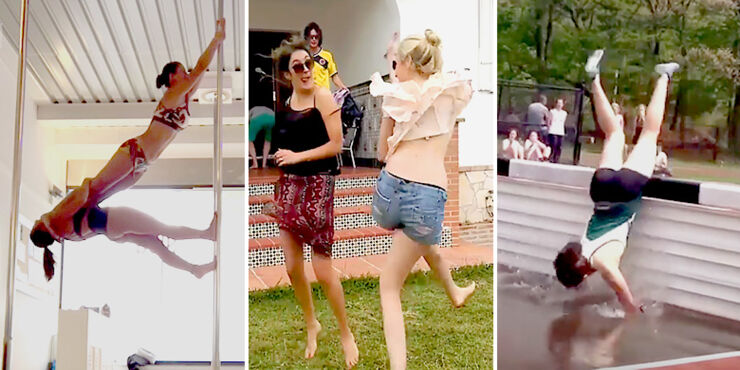