It's pretty much what nobody wants to happen to them. Ever. You're home alone and you get the sensation that someone, a creepy stranger, is watching you. Suddenly movies like Scream and every other like-minded horror movie you've ever watched and squirmed your way through play havoc with your mind.

In this case however it's a little more than just a sensation, because the person being stalked is getting sent photos to their Snapchat taken from outside, and then inside, their home.

It's a cruel prank to play on someone, and providing this is not a whole load of Fakey McFakester from Fakesville, it's very effective on the poor victim.

The pranksters from YouTube channel Nelk set up their friend to make her think that someone was creeping out on her over Snapchat.

They did this by taking photos in her room of someone in a blonde wig an hour before she got home. They then used these to send to her later on, making it appear like someone was taking them from outside her house and stalking her via the messaging app.

You can imagine it would seriously freak you out if something similar starting happening to your own account.

But if it did happen to me, I'd have called the cops the moment I got that first creepy photo. 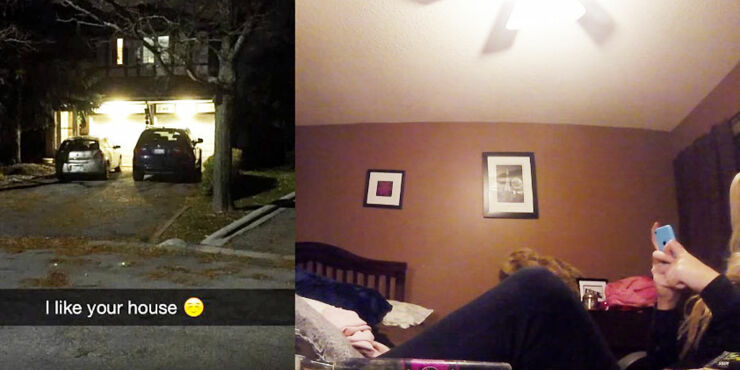