If you're a fan of Nutella, and there's no reason why you wouldn't be, then you'll be amazed at the sheer scale of this Nutella donut burger cooked up by those maniacs at Epic Meal Time.

Not only does it feature Nutella, but it also includes another food favorite: BACON!

With that double act, how could it go wrong? OK, so it might give you diabetes just by watching the video but you have to admire their sheer devotion to creating such a monster of a burger.

One that is comprised of Nutella brownies sandwiched between Nutella-filled doughnuts, all topped with more Nutella. It all ads up to an epically epic burger of epic proportions.

And just in case you are wondering how that will translate to your waistline, be afraid. Very afraid. In total it adds up to 88,330 calories of hazelnut insanity or "Enough Nutella to kill every dog that has ever existed." Plus bacon.

I can almost hear you thinking from here about the 'big question' all of you are asking yourselves.

Do i have fries with that? 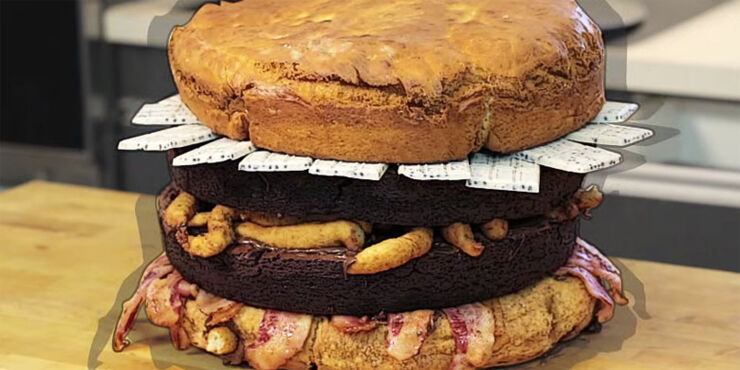