Trap music came about back in the 1990s but has grown in popularity over the last few years with its combination of 808 drums, sampled hip hop vocals, stabbing synth, and bass.

Since the beginning of the year Google Trend shows trap music has more YouTube searches than pop, hip hop, EDM, and country music.

And the nature of the sound means that it accommodates a variety of styles of professional dancing.

We've taken a look at a few of them below, all highly accomplished and mesmerising in their own right. You can find plenty more moves over on YouTube.

Madd Chadd is more machine now than man, at least he is when he's dancing. Chadd is a dance star famous for his robotic style of dancing, mechanically popping about like he's half cyborg. He's showing off his skills in the video above to rising trap music star TroyBoi's song "O.G."

So convincing is Chadd at looking like a machine that you might convince yourself the Singularity is already here and Chadd is its Skynet. Either that or he just practices really, really hard.

Drones, a Chevy Astro and the World's Best Finger Dancers

From robotic dancing to Finger Warriors, a California dance crew whose members include JayFunk, Nemesis, CTut, Strobe, Era, and PNut.

Different to Madd Chadd's moves but just as arresting, the video by YAK FILMS shows the unique and intricate handwork of the finger tutting crew as their digits and arms twist and turn in time to TroyBoi's beats. And not one single finger gets broken either. Amazing.

Leigh Ann Reilly—pioneer of pole dancing and founder of BeSpun—and friends show off the flexible and aerial art of the pole dance.

Reilly has had years of perfecting her moves and trains celebrities like Jessica Biel and Emma Watson. All three dancers make it look easy as they elegantly move about the pole in time to trap, but try hanging upside down while doing the splits. It's incredibly difficult.

And the synchronised end move they pull off has to be seen to believed. 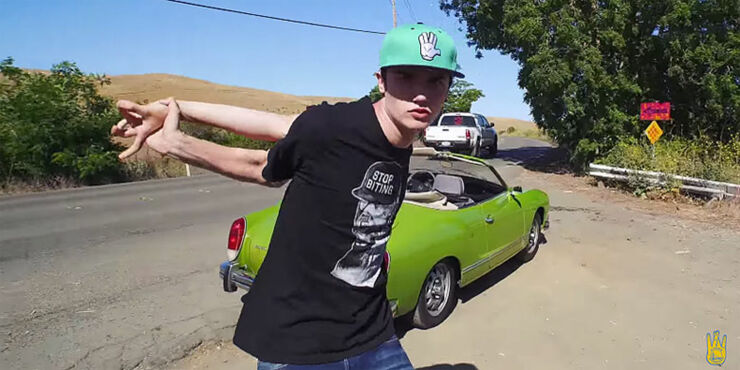