On Tinder the ease with which someone can swipe left and swipe you out of their lives means it takes a lot to stand out. For one guy that meant opening the conversation with a game of Connect Four. For somebody else that meant contacting his exes to ask them to write a review of him as a boyfriend, which he could then put on his Tinder profile.

Bold move. But it looks to have paid off. Jake Chapman contacted exes and many of them agreed to write something, even if it was just "I'm married, leave me alone..." Chapman documented what he did on Reddit and Imgur.

Writing on Reddit he said, "I've been taking dating a little to serious lately. So I decided to ask my ex-girlfriends at 1am to write a 1-2 sentence review about me for my Tinder profile and rate me 1-5 stars. Worked out exactly as I thought it would. 1 ex won't stop texting me now, and the others hate me even more then when they left to begin with. But hey, at least my matches are blowing up baha." 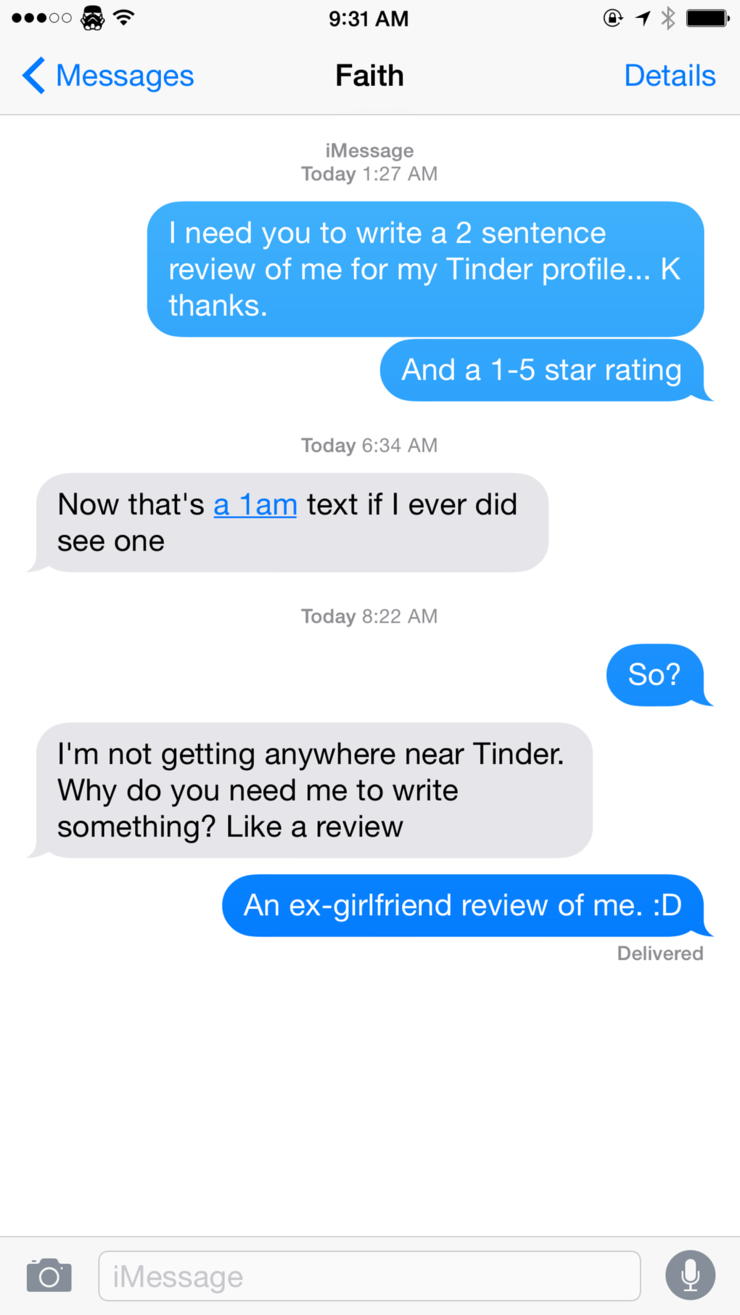 So this is what his Tinder profile looks like now. 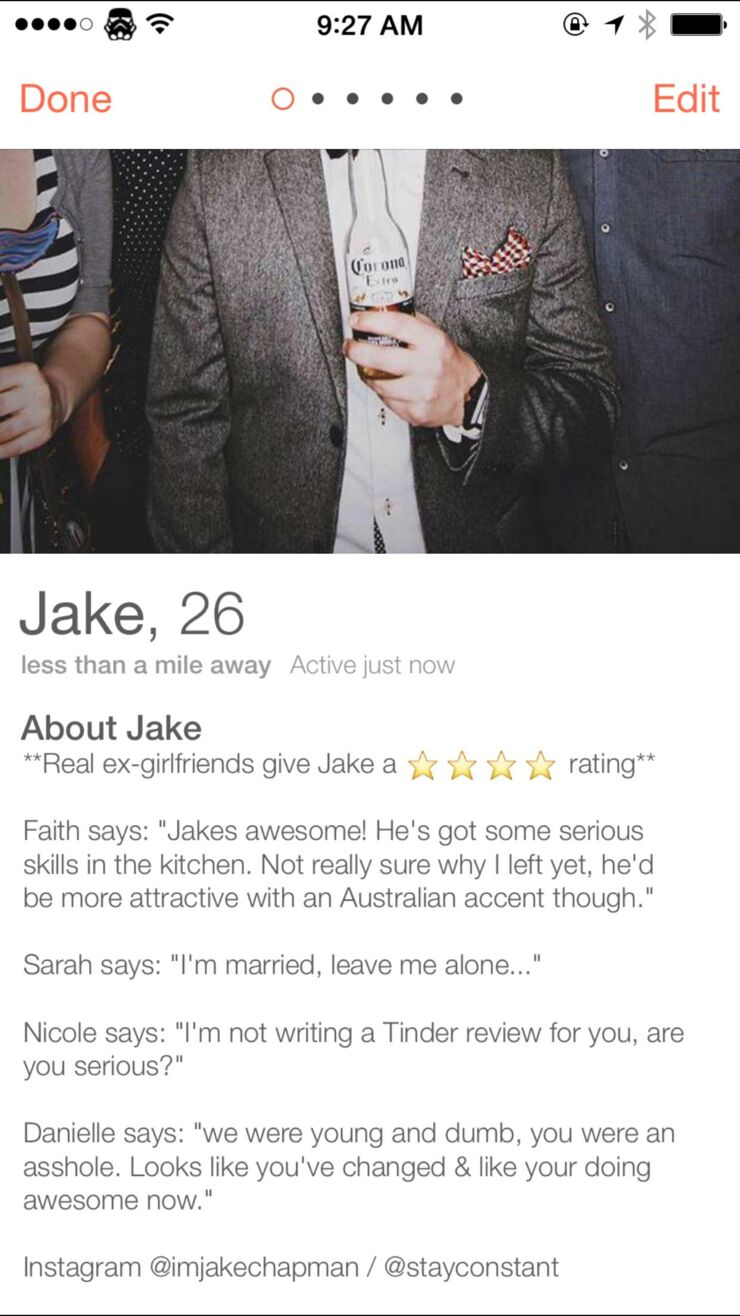 Things took a turn for the weird when one of his exes, a girl called Taylor, got in touch with him and said she was offended because he hadn't asked her. So he asked her to write one.

Here's her 4 1/2 star review. "He's got a job, condo, dog, fast car, can cook, good with his hands and is a complete sweet heart. The only thing keeping me from trying to be with him is 1,155 miles"

It seems she was being coy with the 4 1/2, because Chapman says that a few hours after writing the review and telling him she had a boyfriend, Taylor dropped this bombshell. 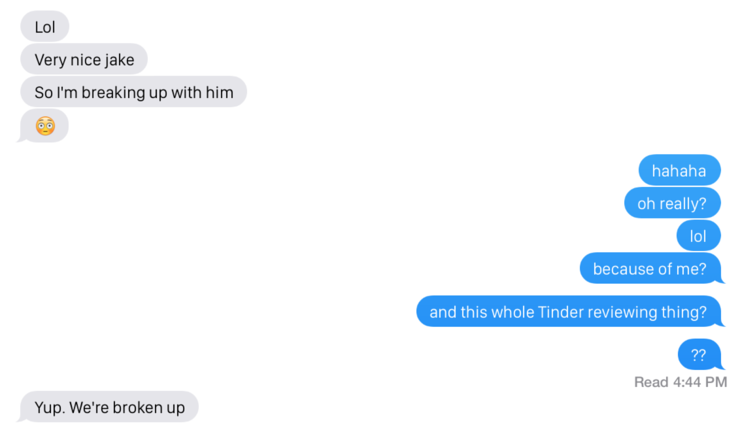 Not only did she break up with her boyfriend, but she then sent Chapman another text the next morning showing that she'd booked a ticket to come and visit him. 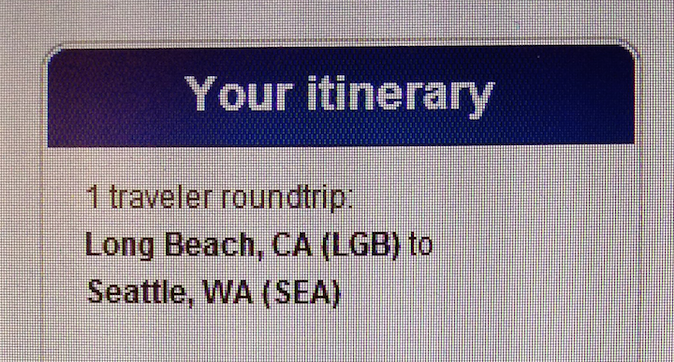 Whoah. That escalated quickly. But at least Chapman's getting noticed on Tinder now.

I got 99 problems, but aint one of them. #tinderromeo #tindertips

Chapman's methods even inspired some others to give the review-thing a go themselves. But it didn't work out for everybody. Redditor StopNoDont posted this pic showing how it panned out, or didn't, for his buddy. 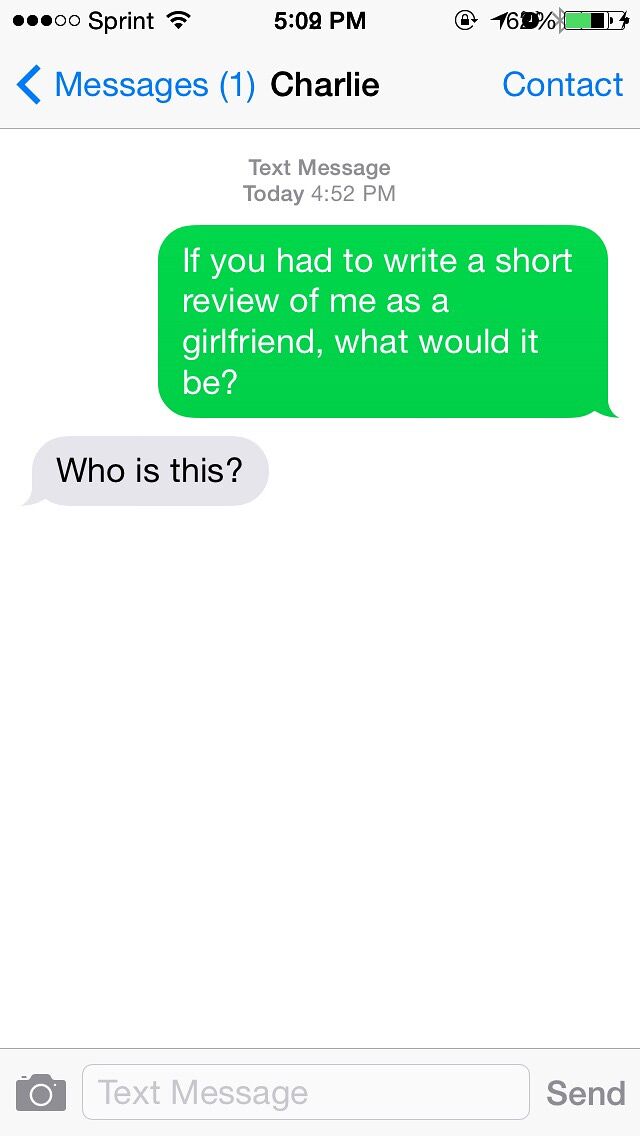 Better luck with the next one, Charlie.