For such a young nation, Australia enjoys a surprisingly rich history of gambling down under (the term Down Under is a colloquialism which is variously construed to refer to Australia and New Zealand and originates from the fact that these countries are in the Southern Hemisphere, below many other countries).

You might not think it based on today’s legislative hostility towards the pastime but from the very formation of modern nation we’re familiar with, there has been some form of gambling taking place in this southern continent on the globe oriented with the north towards to top.

Whilst the history of Australia is much more lengthy and vibrant than the post-colonial era of the nation, for the purposes of this article it can be glossed over. There is no record of native people gambling prior to the arrival of various settlers from overseas.

The Early Settlers & Gambling Down Under 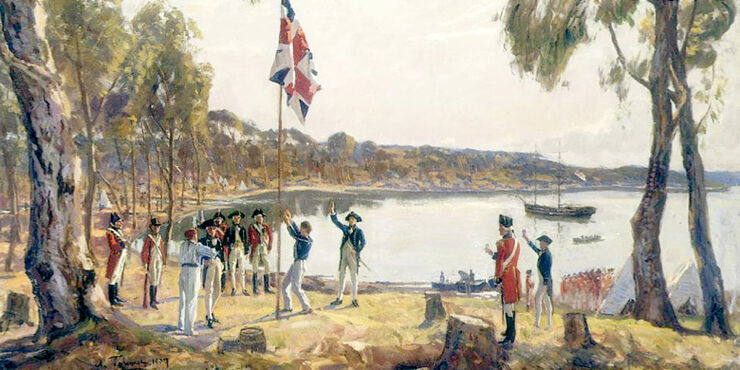 The first of these settlers were traders from South East Asia. There is evidence suggesting that these peoples brought with them early card games prior to European ships landing on the Aussie shores. However, these games weren’t widely embraced by the local population and, as such, our story of the history of gambling down under in Australia can’t really start here.

The first Europeans landed in 1788. With them, they brought games of chance. Being as the frontier life was primitive, there were few opportunities for settlers to engage in recreational activities. One pastime that required few resources was gambling. This found mass appeal in the non-risk averse population that mostly comprised of criminals, gold prospectors, and general adventurers. The Australian Institute of Gambling Research notes:

“Gambling, profanity and drunkenness tend to flourish in any frontier society where there are few women but, as we have seen, these vices were indulged all the more readily because they were regarded as characteristic of the old colonial hands…Gambling, it is often argued, is an expression of the basic egalitarian values of Australian society, enabling ‘equality of opportunity’ in the search for wealth and excitement.”

These early settlers would sow the seeds of a passion for gambling that would endure for centuries to come. However, the scant legislation governing the new colony down under expressly forbade games of chance of all kinds. Not that those trying to keep law and order in early Australia could enforce any such rules. There were plenty of other problems they faced in the early society. This allowed illegal gambling down under to flourish. 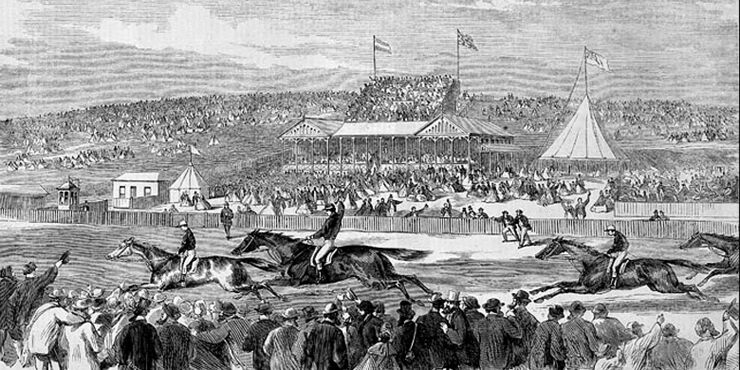 The first legal gambling event took place in the early 19th Century. The location was Hyde Park in Sydney hosted Australia’s first official horse race in 1810. This was shortly followed by each territory opening their own turf clubs, so the well-off gentry could meet and place bets on races.

Of course, being enjoyed by the elite, they were an exception to the general hostility towards gambling down under that was prevalent at the time.

The next form of gambling to be legalized was lotteries, the first of which took place in 1881 at the Sydney Cup. Like the pastime of betting on horse racing, these were quickly introduced into neighboring territories as the decade progressed. They were originally legalized as a way of raising additional tax revenue and played directly into the risk-taking sensibilities of the local population.

Following the legalization of some lotteries across the territories, the legal landscape for gambling stayed much the same until the mid-20th Century. However, illicit forms of gambling remained popular. The public enjoyed betting on various popular sporting events despite the activity not being sanctioned by legislature or regulated in any way. 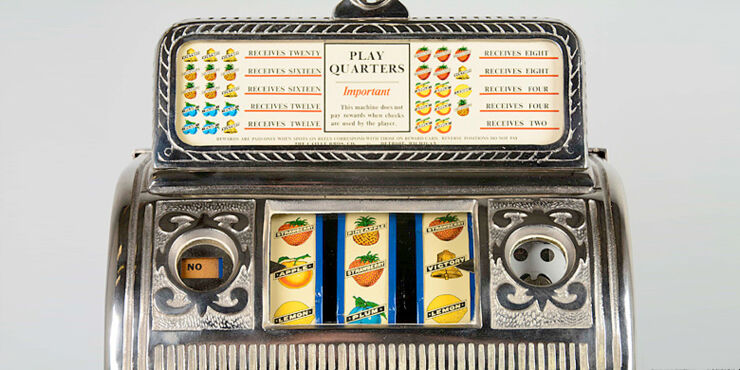 It was around the 1950s and 60s that the first clubs and pubs received licenses to house various gambling machines known today commonly as “pokies”. The first jurisdiction to legislate on the matter was New South Wales. In 1956, they passed the New South Wales Gambling and Betting (Poker Machines) Act.

This was followed by various other pieces of legislation at the state, rather than at the Commonwealth, level. This approach to regulating the industry has remained consistent to today.

The first fully licensed casino was located on the island of Tasmania. Wrest Point Hotel Casino began accepting customers back in 1973. This was shortly followed by the opening of many other similar venues across different territories.

But what really caused the casino industry to catch fire was the opening of what is now called SkyCity Casino in Darwin. The venue was first granted a license in 1979 and officially started doing business in 1983. At the time it was called the Mindil Beach Casino. It has since become on of the planet’s most famous casinos.

The Introduction Of The Interactive Gambling Act 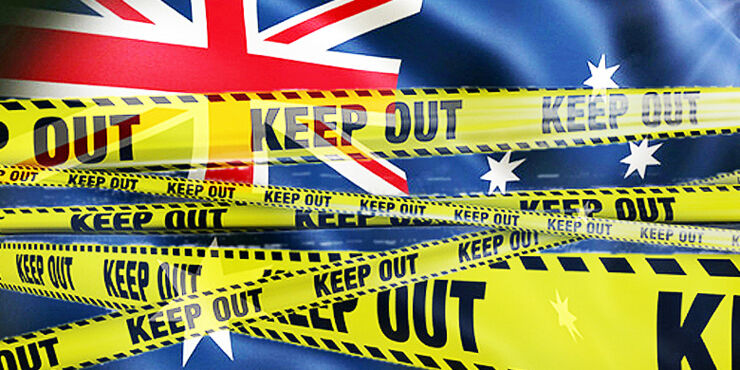 The next milestone event in the history of Australian gambling sought to nip problem gambling online in the bud early in its inception. The Interactive Gambling Act was passed by the Australian Commonwealth Parliament in 2001. It made it illegal to provide real-money games on the internet. This included both casino games and online poker. However, exceptions were made for sports betting facilitated over the internet.

The terms of the 2001 Act made it illegal for operators of gambling services both inside Australia and outside to offer or advertise their games to Aussie citizens. However, since it was a measure intended to protect the public from the potential harms of gambling, individual citizens using interactive services were not targeted by the law. This essentially denied a market of keen gamblers a service that large sections of the world could enjoy. Naturally, it also encouraged offshore providers to flout the law.

There was little opportunity for the Australian authorities to clampdown on such providers. Instead of regulating the industry and providing adequate player protection like those seen in the UK, the Australian lawmakers drove their public to wager on these out of country services and thus lost revenue that could have been generated by a regulated market.

The legislation stayed the same despite technology evolving and the existing laws being flouted with increasing regularity. This all changed in 2016, however. A change in government saw Alan Tudge appointed to the position of Minister of Human Services. He set about the task of amending existing laws with a zeal that terrified offshore gambling providers. Acts were quickly voted into law that came down hard on gambling providers.

There was to be an outright ban on all form of iGaming. The legislation also banned free bets and bets placed on credit as well as those made during a sporting event.

Gambling Down Under Is As Strong As It Ever Was 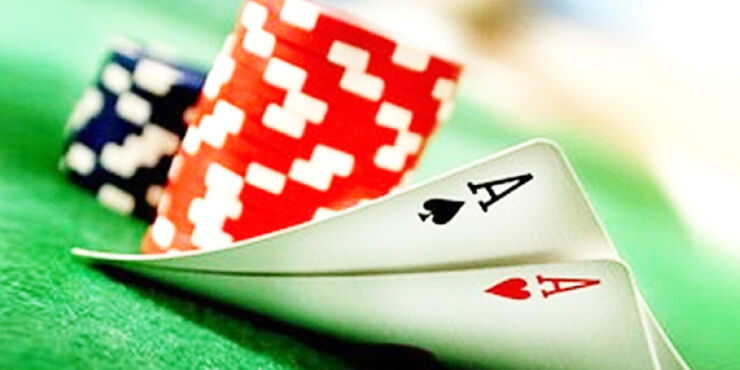 Gambling Down Under / Image source: www.youtube.com

Despite these recent efforts from the lawmakers, it does seem that the Australian appetite for gambling and games of chance played online and otherwise remains just as strong as it ever was. However, as the legislation is so new, it remains to be seen how the landscape will change for online gamblers in the country.

However, with such a potentially lucrative market, it seems likely that there will be service providers willing to continue flouting the law. This will only mean greater revenue lost to overseas companies as has been the case for almost two decades.

Surely it’s time for a regulated market for interactive gambling down under?