They may sound like a superhero crime-fighting duo, but fighting crime isn't what they do. Not unless you could defeat bad guys with an endless stream of LOLZ dished out by this tag-team double act.

MightyDuck is Desmond English, a 21-year-old guy from Georgia, Atlanta. He's big on Vine with 1.8 million followers where he posts comedic shorts featuring him winding up different members of his family.

None are quite as funny as the ones he does with his mom though, who is sometimes in on the joke, but mostly she's not which obviously makes it much funnier.

Whether she's in the kitchen or in the car or limping to a basketball game, or shopping in the grocery store, MightyDuck is there, camera phone in hand, ready to set her up for a comedic fall and share it with his followers.

They actually make quite a good double act, even if one of them is coerced into it. But, as with all good comedy duos, someone has to be the fall guy.

Or in this case, the fall mum. 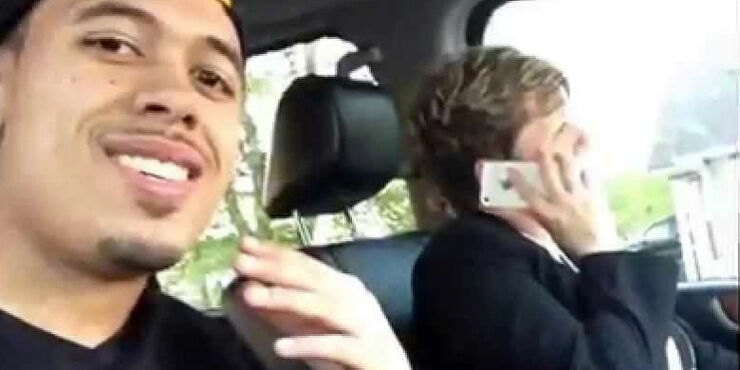