However you look at it TV just doesn’t get much better than this. Seriously. It doesn’t! – Normal everyday people confessing their sins and discretions is nothing new, but somehow this show just brought out the best (worst) in people. And of course it was all 100% true, everyone knows that, right?

I’m pretty there were times when i woke up my entire neighborhood as i started to shout “HOLY SHI#” repeatedly at the latest couple coming to blows over a revealed secret that was best kept 'secret'.

Jerry Springer was possibly the greatest thing to ever happen to television.

It was like the ultimate junk food TV, sure a lot of it was staged and totally fake, but that doesn’t stop it from being hilariously awesome and enticing a need to chant, “JER-RY, JER-RY, JER-RY!” as he ruled over the proceedings.

And the story of this poor unfortunate guy is no exception, it has everything going for it to stimulate your 'wtf!?' taste-buds and it pretty much sums up what my excitement over this show was all about--‘Doesn’t matter had sex’ comes to mind in this situation – This guy is my new all-time hero! 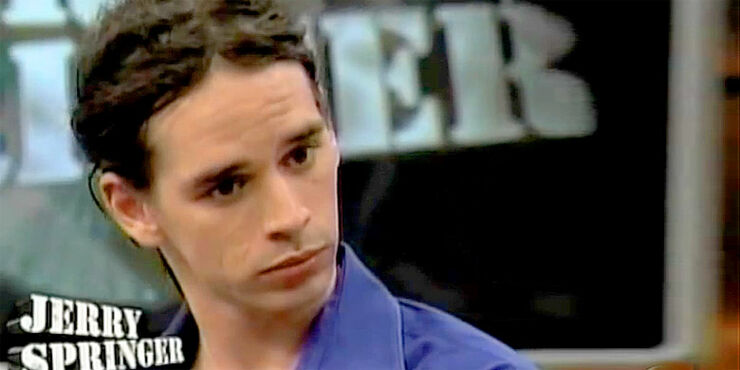