Captain Picard, as epic and seemingly superhuman as he is, still has to have some snooze time. Which means, who takes over the bridge when Picard and his crew head off to bed? Who's on night shift for the Enterprise?

Robot Chicken are here to answer a question you probably never asked, but you definitely want to know the answer to. Patrick Stewart himself voices Picard and as he signs off for the night, along come the party-hard night crew, headed up by their shotgunning, beer-guzzling Captain—who's voiced by Chris Pine, of course.

The Star Trek: The Next Generation-themed sketch first aired on Cartoon Network, and you can check out the stop-motion lolz in the video above. 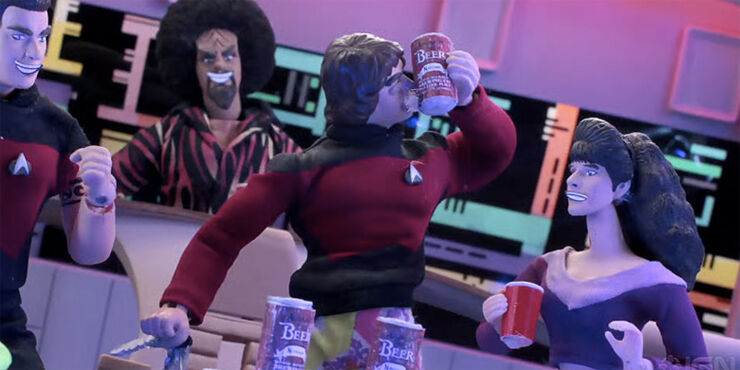