We are all used to hearing play-by-play commentary during a basketball match, but what about if it continued into halftime and the commentators started breaking down the moves of dance squad's performance?

Well, it happened. At halftime in the Pistol Shrimps vs. The Alley Oopsies basketball game last week L.A. City Municipal Dance Squad hit the center court for an energetic performance for the ages.

It was a performance that Pistol Shrimps Radio hosts Matt Gourley and Mark McConville felt compelled to narrate and give a running analysis. And the result is brilliant.

Listeners who tuned in were given a hilarious play-by-play from the two guys who reeled off their own inventive made up names for the elaborate, and sometimes bizarre, dance moves.

It adds a whole other comedic dimension to the show.

And it's entirely fitting in a clever way because the Pistol Shrimps are a Los Angeles-based rec basketball team full of comedians, actresses, and celebrities one of whom is Aubrey Plaza the team's point guard and star of Parks and Recreation.

They should maybe think about giving Matt and Mark a regular slot commentating the halftime show.

Or even the whole game. 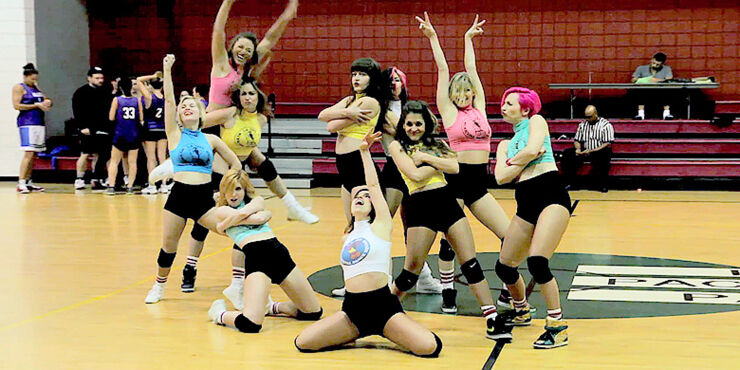