It's very difficult to be hilarious while also conveying a moral message, like subtly deriding the nasty habit of the herd-internet to default to ridicule and name-calling on open forums like the YouTube comments section and Twitter.

It's also difficult to do that while not seeming like a self-righteous dick. But that's what the awesome Trevor Moore, from sketch show The Whitest Kids U’Know, manages to do in this fantastic, and very sweary, song called "The Ballad of Billy John."

The song's about a pensioner who one day, on his wife's prompting, decides to upload some of his songs he's written to YouTube and share his creativity with the world. But his decision is met with derision and insults. Like, really horrible insults. So his wife steps up and chastises these trolls, only to be met herself with abuse. So it goes.

Because the nature of the abuse is so OTT offensive and because it's great satire and ultimately a comedy song, it's very, very funny. But let's not forget the message either. 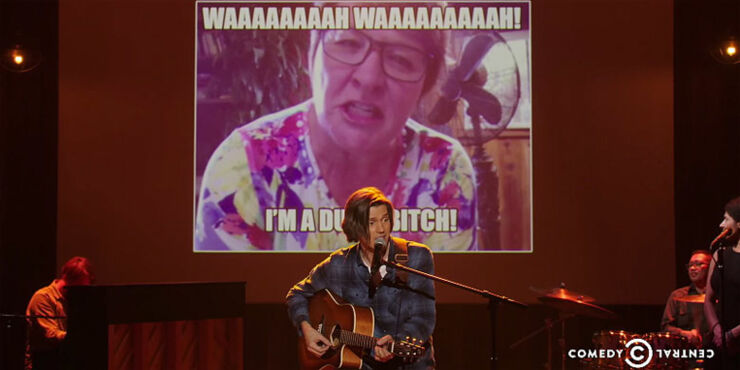