We live in uncertain times, this much is certain. Times when no one it seems—not politicians, not your neighbour, not even your know-it-all work colleague—knows what Britain leaving the European Union will actually mean. Meanwhile, across the pond in the US they're potentially facing a future with Donald Trump as president.

It's times like this that you need to keep hold of your sanity by looking for advice about the future from a Zoltar fortune telling machine. You know, like the one in the 1980s Tom Hanks movie Big. Although it's nothing at all like this Zoltar machine which features Donald Trump making gloomy forecasts of his presidency if he won.

No, instead take the Zoltar machine in the video above which instead of bringing gloom is bringing hope—to Britain, anyway. With sterling at a record low, UK inflation due to rise, and Game of Thrones season seven's return delayed until the summer, 2017 isn't looking good.

But Zoltar, who no doubt has more insight than any so-called expert, is saying that the town of Wigan—yes the same Wigan a "supercomputer" declared the most liveable place on the planet—is Britain's economic saviour. Our all-consuming hope for a better tomorrow.

Because Wigan has a plan.

Zoltan's prophetic words reveal that, "Wigan will show you that it is conviction that burns as hot as coal, and the fires laid down in every western wharf, of every Keith and Keith, that fires us into who we are, that drives us forward as one. And what is true about Wigan can be true about all of us."

And if the 'Great Zoltar' says it's true then, well, it must be true. 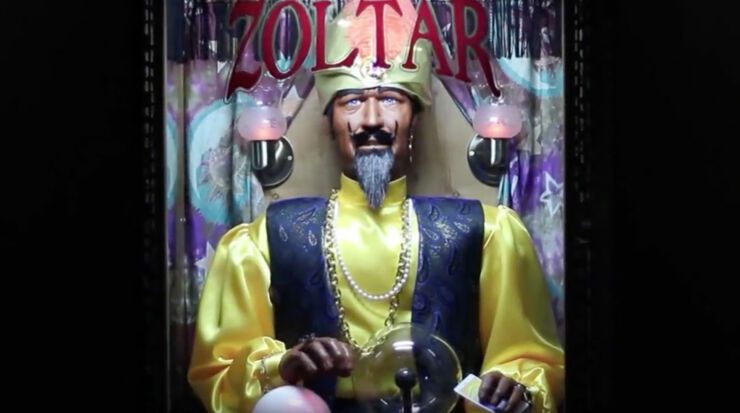