Probably because they've seen it all before, many times, so they pretty much know exactly what to expect.

Because the majority of this video is the guys trying to pretend they don't know what things like "DP" mean, while not wanting to creep out their girlfriends because they know exactly what it means. 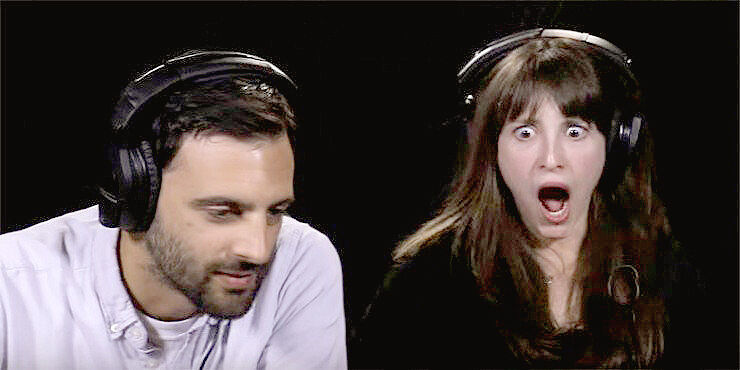