There comes a time in any man's life when he has to say goodbye to his bachelor past and move in with his girlfriend. It happens to most relationships at some point, because if it didn't that would probably mean the relationship wasn't going anywhere. You love each other so much that you can't bear to spend time apart.

But with cohabitation comes some changes to your lifestyle, and sometimes those changes can come along subtly over a sustained period of time. As such you don't notice the changes that you undergo, but your friends do. Because you love your buddies too, but suddenly you never meet up and hang out with them any more.

That's what happens in this amusing sketch from British comedians Third Leg Studios which shows a man called Stan who's living with his girlfriend, and has an old friend come around to visit.

Stan has been well and truly domesticated, speaking in a very polite manner while wearing a knitted cardigan that screams middle-aged, even though this guy looks barely in his 20s.

He's speaking with his girlfriend about dinner arrangements when there's a knock at the door. It's his buddy Tel to see if he wants to come out that night with the guys, but it's been so long Stan barely recognizes him.

Tel jogs his memory with an old photo of the pair and gradually it all comes flooding back: the fun, the freedom, the happiness. Stan wonders how this could have happened to him. And why the f#ck is he wearing a cardigan?

But all that's gone now. And Stan knows it. 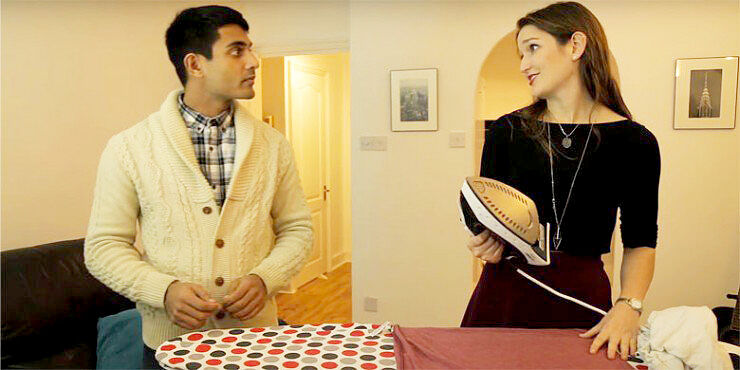