Forget everything and anything else you're doing, because whatever it is it can't be more important than watching this.

Behold, the supreme and sublime majesty of seeing Barney the dinosaur rapping along to NWA's classic rap song "Straight Outta Compton." It's Barney Wit Attitude. And it's something special, that's for sure.

It's actually quite an old vid, probably around seven years old which in internet terms is millennia. But it recently resurfaced on Reddit and quite rightly so, because it deserves as much time in the limelight as possible.

In fact, it should be a yearly thing. We should dedicate a whole day to it. Call it Barney Wit Attitude Day and make it a national holiday. There could be parades, Ice Cube and Barney could perform the track live. It could be a thing of beauty. 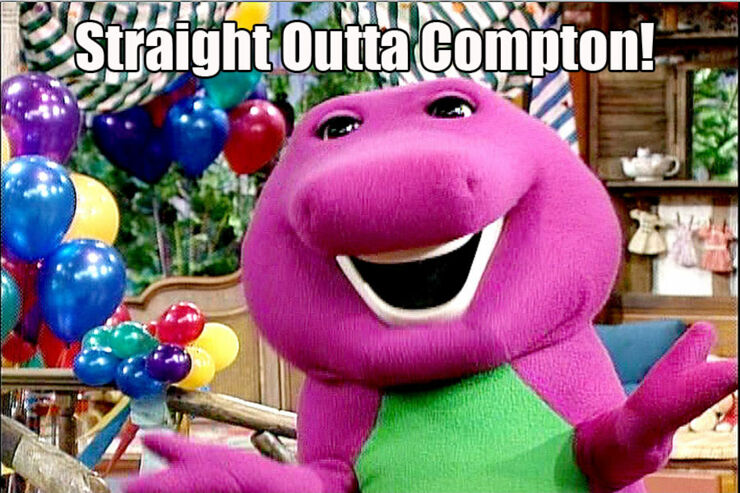