If you ever wondered what might happen if you ply guys with enough alcohol and asked them to talk about their cats, this video will answer that question for you. There's a lot of love felt for these guys' feline friends, so much in fact that one guy admits to getting urges to wanting to text his pet, only to have to remind himself that she's a cat and they can't text.

Another guy says he's "half a cat away from being a crazy cat lady" while another says that cats get a bad rap, because there are a lot of sh*tty cats out there ruining it for the rest.

There's even a long distance relationship going on with one cat owner and his beloved. He's in California and his cat is in New York, a cat who he describes as a "f*cking warrior." A name you feel his cat has earned after learning that it survived getting hit by a car—twice.

As the drinks become more numerous and the slurring is more prescient, more emotion and revelations come. For instance we learn that warrior-cat guy has told his cat he loves it more than he's ever said to any person. He also kisses it a lot.

You're come away from this with the knowledge that these guys really love their pets, and that they're pretty damn drunk.

If you're sat watching this video and there's a cat sat next to you, then you're probably going to find a lot to relate to. If you're drunk too then you'll probably want them to be your BFF. 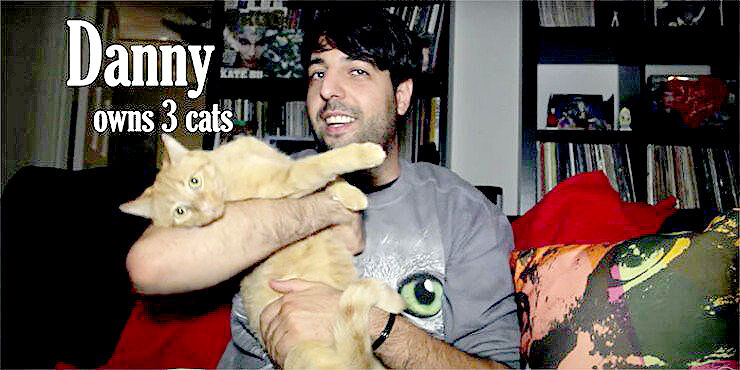