College Humor and comedian Emily Axford absolutely nail the beauty vlog in this hilarious parody. You might have come across one on YouTube, you'll know it by the shameless product placement and phoniness.

All not-so-well disguised as chummy help with beauty routines.

No punches are pulled as they perfectly skewer the stereotypes that occur time and again in this niche but lucrative YouTube subculture that seems to be seriously popular (if you like that sort of thing?).

There's not beating around the bush with this parody, they head straight for the jugular with lines like, "I know I seem like a regular girl because I'm such a dork, but actually I'm a business that makes millions of dollars exploiting the authenticity of YouTube." Ouch.

If you have ever seen one of these videos (and pray that you never do), you'll understand that they come across like parodies themselves, but College Humor still manage to fire off some well-placed shots. 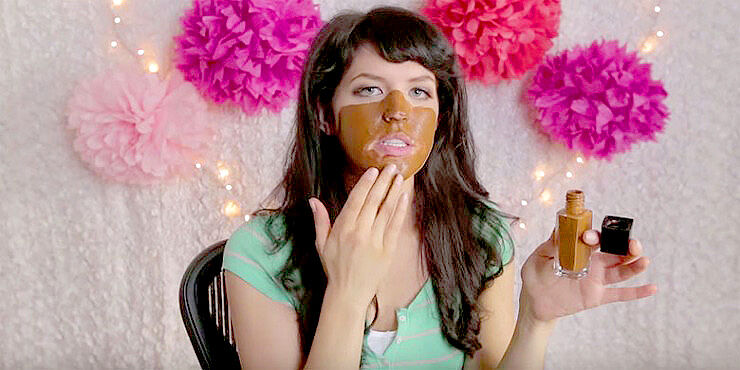